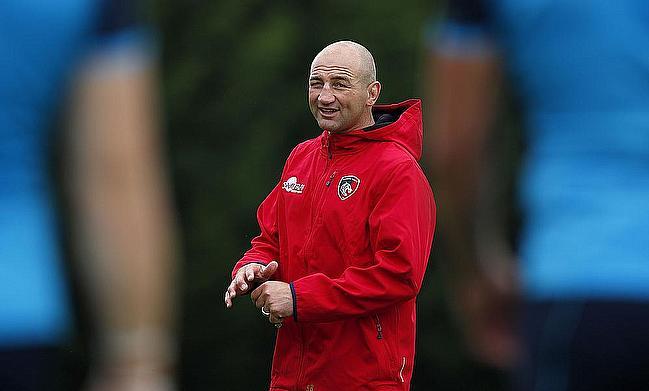 Following the disappointment against Bristol Bears last week, it felt as though Leicester were destined to bounce back and they did so impressively against Wasps at the Ricoh Arena.

TRU’s Joe Harvey was at the game, watching on as nine tries were scored across the 80 minutes.

After the first ten minutes, it certainly felt as though this was a game that promised much but wouldn’t deliver. The game finally sparked into life with a Sione Vailanu try, the Worcester Warriors-bound No.8 the beneficiary of several strong carries from the hosts, Tommy Taylor’s burst the beginning of it all.

Leicester began to put their own stamp on proceedings from that point onwards, their set piece gaining the favour of Luke Pearce. Eventually good field position for the visitors led to a Cameron Henderson try in the corner, before Matt Scott’s jinking run gave the visitors the lead for the first time in the game.

Three more tries came before the break, Jacob Umaga marked his 50th appearance for the club by finishing off Marcus Watson’s nudge to the infield, converting his own try too.

Johnny McPhillips, on his final appearance for Leicester, would then kick a penalty, that action proceeding a try for Dan Cole, the former England prop not having scored a five-pointer for six years up to that point.

Vailanu’s second set the second half up for a grandstand finish, the Tongan bursting through tackles to go in under the sticks, the conversion meaning that just three points separated the two sides.

Steve Borthwick would have been much the happier man after the second half resumed. Defensively, Tigers kept their hosts at bay, forcing errors and pushing Wasps further and further back into their own territory. This ultimately resulted in a try, Julian Montoya the man dotting down, ably assisted by England U20’s Jack van Poortvliet.

Momentum would soon swap hands yet again, Wasps scoring their bonus point through Will Rowlands, the Wales international powering over to bag himself a try. With 20 minutes left, it felt as though it was Wasps’ for the taking after Zack Henry was yellow carded after his challenge on Watson was deemed unsafe.

What followed was a rally from Leicester, who very much embodied their captain, Ellis Genge, with their play by being absolutely uncompromising. Whether it was defensive sets or at the scrum, Borthwick’s team were able to keep in the ascendency as the timer on the yellow card slowly ticked down towards zero.

That resilience was rewarded right after Henry returned to the field, a tap-and-go eventually resulting in a try for Tomas Lavanini. With the clock in the red, Jacob Umaga bagged Wasps the losing bonus point, putting the

Wasps getting the opportunity to get back playing in front of their fans has been a long time in the waiting.

Not only because of Covid-19 restrictions leaving, but because of all that has occurred at the Ricoh Arena since they last stood on the terraces 462 days ago. Their team reached a Premiership Final last autumn with barely a whisper of support, fans having to offer their backing from far too far away.

Spectators were in good voice today, but it was Leicester who caught my eye the most. My reasons for which are simple; their captain. It doesn’t feel as though it was long ago at all that we would have been calling Ellis Genge as an unreliable player as a result of his temperament, but now it feels as though the loose head prop is destined to take on the monicker of captain for England this summer.

My reasoning for this is pretty flimsy in all honesty and is partially influenced by Eddie Jones having paid a visit to Leicester a couple of weeks ago and, on top of that, the way he led today with the wider England squad announced in just over a weeks time.

Perhaps the visit and the captaincy today are coincidental, but there is just this nagging feeling that it is not. From what I could tell, communication was good between Genge and Luke Pearce this afternoon and his teammates were led by example, digging deep with big plays when needed and a never say die attitude that has allowed for the 26-year-old to be revered on and off the pitch.

Of course, as things stand, he is also the most experienced player in the initial 34-man squad, so will no doubt be part of the leadership group.

I suppose time will tell, but I for one was impressed by everything I saw from the Bristolian.