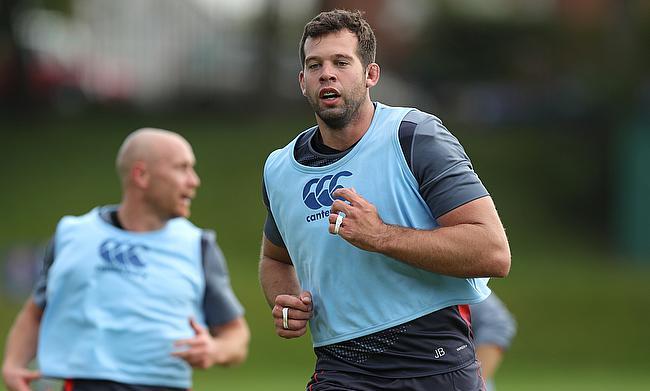 Josh Beaumont had a successful time at Durham University
©PA

Josh Beaumont believes university rugby provided him with the perfect platform before making the next step into the professional game.

The Sale Sharks forward made his first team debut for the Manchester based-club during his final year at Durham University in January 2013.

Since then, Beaumont has made over 80 appearances for Sale and he feels Steve Diamond’s men can have a strong end to a positive season.

???? Make sure you've secured your seats for the last 3 fixtures of our 2017-18 season ???? Tickets on sale now -> https://t.co/ULjEYyUgti#sharksfamily #sharktime #final3 pic.twitter.com/qqqiB9sfNN

“I think we have got to be pretty pleased with our season so far, said Beaumont. “We got off to a bit of a mixed start and had a couple of disappointing losses, but after the first lot of Premiership games, we seemed to hit our stride.

“I think the most important game is the next one. We have some tough games in the next couple of weeks and by just looking at the table, it is obvious that it is so tight so if we can get some good wins from our upcoming fixtures then we can finish well.”

While Sale have high hopes for the final months of the season, Beaumont’s career at the club has been on an upward curve since his first appearance for the side against Montpellier and the 25 year-old admits part of his progression stems from his time with Durham.

“The role the university played is a massive part of where I am today,” Beaumont said.

“I switched my position from being a fly-half to being a forward when I was 17 which was quite late on and playing at Durham gave me that good balance between the physicality in the forwards and playing a good style of rugby which was what I needed at that stage.

“Also, I found it very helpful to go and play for Fylde in National One and then return to university rugby because I felt more experienced which allowed me to play better at university level.

“Both Fylde and Durham helped me progress and eventually I was able to make my Premiership and European debuts for Sale so I owe a lot to the National Leagues and university rugby.

Congratulations to a DURFC boy @JoshBeaumont1 from everyone here at the club. Moving onto great things with the call up! @EnglandRugby

Beaumont made a big contribution during his time at Durham. He reached three Twickenham finals – winning the BUCS Championships in 2013 - and he also captained the side in his final year in the North East. He only lost one game throughout his time at university and he’s put that down to the professional approach at Durham.

“The coaching was great at Durham,” he said. “Working with Alex Keay helped me develop my game and also we did take it seriously. The coaches tried to introduce as much professionalism in university rugby as we could and that is why we were successful.

“They played their part in me playing for Sale and also England Students because they pushed me as much as they could to try and help me take that next step.”

And that next step took Beaumont back to the North West and he has continued to make his mark at the AJ Bell Stadium.

Arguably, his breakthrough season came in 2016/17 as Beaumont captained Sale and he also made his England debut against Barbarians at the end of that campaign.

Beaumont is one of many players who has gone from a successful university playing career into the professional game and he feels the introduction and rise of BUCS Super Rugby will only enhance the pathway.

“It was great experience to play in three Twickenham finals, but I am jealous of these BUCS Super Rugby sides now!” Beaumont said.

“I would’ve loved to have been involved in something like this during my time at university. I don’t think we would have gone one game unbeaten in three years because you are playing top sides every week!

“BUCS Super Rugby is just great for the university game. You see all the coverage over social media and you can watch the games on streams so it is great that it is getting this exposure and hopefully we will see more players go to university, get a degree and then move into the professional game.”