Josh Beaumont Column: We want to look back and say we have given it our all 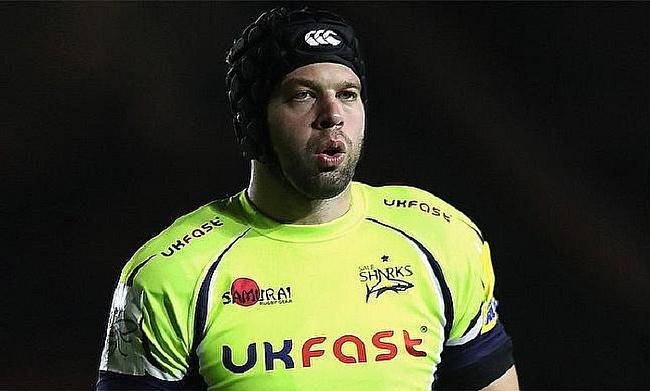 Bath wasn’t pretty, but it could be season defining

It was big win on Friday night, but it was a pretty dreadful game! I don’t think BT Sport will be showing our games next year! 13-10 across both games isn’t the greatest!

We said on Monday that although we were disappointed with some elements of how we played, it was great to pull through and get that win. In the second half, we were a bit better. We came out with a bit more ambition and had a bit more intensity in our play and that got us through in the end.

I thought both the Curry’s played exceptionally well. They were menace at the breakdown and that slowed down a lot of Bath ball. We were just able to be relatively clinical when we got into the opposition half.

We let ourselves down at Worcester. We spoke in that week that Worcester would be fighting for their lives and how intense they would be. We came out of the blocks too slow and we found ourselves with a lot of work to do after only 20 minutes.

We just lacked that intensity when we knew we still have a lot to play for so we knew Bath could be a season defining result for us and that was the motivation for us last Friday night.

It was the perfect game for us after that Worcester defeat going into a massive occasion against La Rochelle in a semi-final. We headed into quite an intimidating atmosphere with a big partisan crowd, but we really lifted our game.

Of course, it was disappointing not to get the win especially because we were so close towards the end. I don’t think we were ambitious enough in the way we played and we only started showing that late on in the game when we actually had to go for it.

It wasn’t to be this weekend but immensely proud of how the @salesharks boys dug deep until the very end. Big shoutout to all the fans who made the trip out #sharktime ?? ?? ????

They were a tough outfit with a huge pack. Also, the fight and determination we showed for each other really helped pick us up after Worcester so there were positives and negatives.

Again, the defeat in France did motivate us for the Bath match. I know everyone says they want to play in the big games, but in my years at Sale, we have not quite had that experience so that game was a good insight for us because it makes you want to be in the premier European competition, playing in big occasions and in big atmospheres.

One game at a time!

The aim is to beat Bristol on Friday night! We want to go out and play with a bit of ambition and really give it a go. We don’t want to fade out towards the end of the season.

We want to look back and say we have given it our all and if that is good enough to get us into the top four or top six, then it will be. That would be a fantastic achievement, but the focus has to be on ourselves. You do have to look at it as one game at a time because there is no point looking beyond that otherwise that could be the season over if we look too far ahead.

It will be Bristol’s last home game of the season as well and they will have a lot to play for. Their ambitions are top six. They play with a lot of ambition and like to keep the ball in hand. They put a bit of stress on you defensively. We put in quite a good defensive performance at home, but it will be a more difficult game at Ashton Gate and they will be looking to put on a show, but we will be out to spoil the party.

Hopefully the weather conditions will be better this week so it is a better game of rugby to watch!

At the time, I remember saying it was a tough period but I knew the potential was there to go on a great run. I kept saying it! We have had some good patches as well as being a bit inconsistent, but this is a highly competitive league. We know it would be an achievement if we were to get there, and if it weren’t to happen, that would be disappointing.

I think hopefully a few more signings will be announced over the next few weeks. We are building a squad that can compete in the top tier of Europe and in the top half of the Premiership. It is only going to get tougher and tougher in this league so you need that squad depth. We also have a mix of young guys coming through like we always have had at Sale so if we can keep getting two or three guys coming in to gain some experience in the first team squad, we will be on the right track.

It was nice to pop in a see the England Students lads last month. It was strange, in a way, because some of the lads have already played senior rugby for professional clubs! I think that just shows the growth of the student game over the last few years.

A lot of guys are getting more exposure in the professional game and a few have signed professional contracts for next year which is great. It was just nice to go and share my experience of playing student rugby and highlighting the fact that for some of those players, it will be the pinnacle of their career.

The message is also there for the guys who are still trying to make it. If you keep performing well at student level, they can get to England Students. Hopefully there will be a students team next year playing competitive fixtures because of the cuts which the RFU are making.

You have just got to look at the amount of internationals who have come through the students system so it would be a great shame if we were to lose out on that.

As for pathways, England Students is one route and the National Leagues is another. Players also come through the Counties so hopefully there will be more investment into these avenues because there are a lot of examples where there have been positives.