Josh Beaumont Column: Ireland struggled with the mindset of being favourites. England thrived off that. 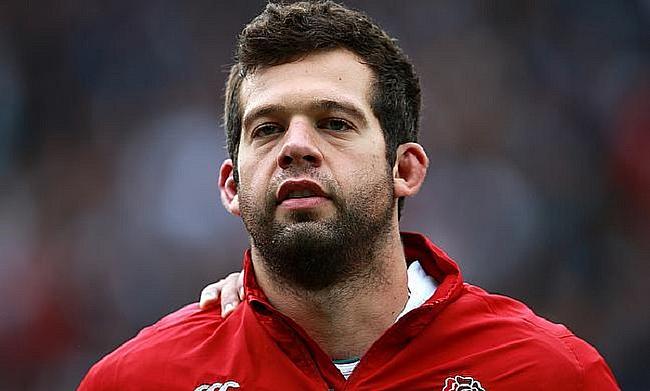 It was a really good weekend in the Six Nations. The Friday night game between France and Wales was interesting. It couldn’t have been a more French performance! I thought they looked pretty good first half and back to their old ways with the offloading game and the big ball carrying.

They looked hard to deal with, but when they came back out after half-time, they did just shut up shop. Wales stuck at it and played the conditions better in the second-half to capitalise on a few crazy errors.

The main game was obviously the Ireland/England game. England had a pretty full squad to pick from and they looked strong all over the park. I am not just saying this because it happened, but I did have a feeling that England would go and win!

What an incredible match in Dublin as @EnglandRugby got off to the perfect start in the 2019 #GuinnessSixNations! pic.twitter.com/4icM1cKczJ

Looking at the two teams, I did think England looked stronger on paper. I think they would have had that memory of Ireland winning the Grand Slam at Twickenham and I just had a feeling they would put in a performance.

England got on the front foot early, especially in the first couple of minutes. They carried hard in the first opening sequence and the defence throughout the game was immensely physical. They really knocked back Ireland at every opportunity. It is hard to get into games when you are on the back foot, not gaining momentum and not winning the gain-line so that is when Ireland needed their kicking game to be on point, but it wasn’t. A lot of boxes ticked for England.

The tag of favourites and underdogs

Ireland just struggled with the mindset of being favourites. The pressure was on them and not as much on England and England thrived of that. I think being the underdog, at times, helps any team going into a big tournament.

A lot of the media stuff before the tournament was just focused on how good Ireland were and whether they could keep up the momentum they picked up from beating New Zealand. Some of the attention was probably taken away from England and that played into their hands.

I think we have seen with Ireland that they have gone into previous World Cups off a really good run of form and not quite delivered. Maybe it is a blessing for them that they have had this setback and now they can refocus. We had a similar thing with Sale where we lost a game in the European Challenge Cup that we should have won against Bordeaux and it did refocus everyone and brought that competitive edge back into training. I’m sure Ireland will be chomping at the bit this weekend against Scotland.

‘He then made a mess of the Irish breakdown all game’

I thought Manu Tuilagi looked sharp again. He is obviously physical when he carries the ball and in defence, but I thought his distribution was great. He must be a nightmare to defend against when you are not sure what he is going do!

After another impressive performance against Ireland - Steve Diamond makes a compelling argument why the number 7 shirt debate is settled ???‍?? https://t.co/wGWUhTwG97

Mako Vunipola got through a lot of work too and Tom Curry did really well to comeback from his sin-binning. He was probably disappointed with that. He then made a mess of the Irish breakdown all game. I thought he was on the edge a lot of the time in terms of being illegal and slowing the ball down, but he was really good at just releasing at that last minute!

It slowed the ball down enough to stop that Irish momentum and it allowed England to keep pushing Ireland backwards.

England can’t get drawn into the French offloading game and making the game quite loose because it is something they thrive off. However, if France pick a pack the same size as they did against Wales, England can certainly try and run them around and tire them out that way. I think they will look to be clinical and keep hold of the ball quite a lot.

As for Scotland and Ireland, it is a tough one to call at Murrayfield. I fancy Scotland this weekend. It is hard to judge off the Italy game. It was almost like when they wanted to score, they knew that they had it in them and they just scored.

‘We can really put ourselves in contention for the top four’

We are really looking forward to returning to the Premiership. For us at Sale, it has been a long time since that Saracens game where we finished on a real high. We probably would have liked to keep going in the Premiership while the momentum was there, but it is about getting that momentum back for us.

We have had a couple of mixed results in that period in Europe and in the Premiership Cup, but it’s always difficult because you have got guys unavailable. Hopefully, we will have a really strong team against Northampton [Saints]. It will be tough there because they have picked up a bit of form recently so we are expecting a tough battle down at Franklin’s Gardens in two weeks.

We have had a couple of good training days this week just to refocus ourselves and we have got a long preparation time leading into the game. It is a big four-week block for us so if we come away from it with three out of four wins at the end of this, we can really put ourselves in contention for the top four. We won’t jump ahead of ourselves, but we know what’s in store for the next four weeks.