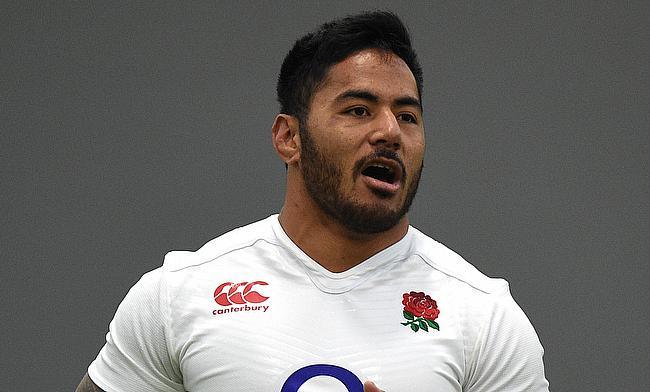 England’s squad announcement went off without a hitch this time around.

Last week it was derailed by a Covid-19 positive to a member of England’s coaching staff and a day later it would be Owen Farrell’s false-positive.

This week hasn’t been without its issues, with Joe Marler now confined to his hotel room in Pennyhill Park, but only two changes have been made to the England team that will take on the Wallabies on Saturday.

One change sees Marcus Smith take the fly-half jersey from George Furbank, whilst Owen Farrell will skipper the team from inside centre. Replacing Adam Radwan on the team sheet, it is Sale Sharks’ Manu Tuilagi that moves the wing.

The 30-year-old will be playing just his second game on the wing for England – and a first since 2014 – and will be looking to use his trimmer frame to have an impact in the No. 14 jersey.

“Manu has said himself that he has got increased capacity to do repeat efforts and that is what has really impressed us about him,” Jones said. “His desire at the moment, I don’t think I have ever seen higher, and his ability to play centre or wing for us is an added bonus that we have got.

“We have got two great centres in Owen (Farrell) and Sladey (Henry Slade), who can both find space, and both deliver a pass. The idea is that we have then got Manu and Jonny May, one with power, one with pace, Freddie Steward out the back who has got great aerial skills, so we feel like it is a really good, balanced backline.”

In years gone by, Jones has regularly spoken about hybrid players. This has resulted in conversations about Jack Nowell playing at flanker but has only been embodied in the instances like Tuilagi playing on the wing or Tom Curry’s time at No. 8.

“I think the fluidity of the game demands that,” Jones explained. “If you look at the possession we get, we get 40% set-piece structured and 60% unstructured.

One of the oldest rivalries returns to Twickenham ??

“In that 60% unstructured, players are in 5,000,000 different scenarios, so their ability to fill a role, to have the awareness to either play close to the ball or away from the ball is just so important.

“If the game keeps getting quicker, as World Rugby wants it at the moment, then I foresee there will be more fluidity in the game, particularly in the unstructured and therefore players who can be adaptable are going to be so important.”

Smith starred from the bench for England last weekend and will be starting just his third Test for England. It will be the first time that the 22-year-old has played against a tier one nation at international level.

Combining with Owen Farrell for the first time, this game against the Wallabies could be a real taste of how England could look for at least the next two years. Having seen plenty of examples when two verifiable stars of world rugby have combined for the same national team, Jones is hopeful of what the two could create together.

“I have seen a couple of good examples historically,” Jones said. “Aaron Mauger and Dan Carter, Rod Kafer and Steve Larkham. That ability of the 12 to be the eyes and the ears of the 10, to take the pressure away from the 10 and allow him to play his natural game.

“They (Smith and Farrell) are constantly talking, constantly thinking about the game and we believe they are going to be a really good combination. Not just for this game, but for the future.”

In the forwards, Eddie Jones has made no changes to his team. There will be some fanfare for Maro Itoje at Twickenham, the Saracens lock winning his 50th cap against Australia in the Autumn Nations Series.

In the wake of England’s win over Tonga, Jones was asked about keeping Marcus Smith sheltered from the outside forces that could disrupt his progress. In his response, the 61-year-old made reference to the recent form of Emma Raducanu following her US Open win.

In the days that followed, plenty have had their say about the comments. Some called Jones misogynistic, others a hypocrite as a result of his own failings with England.

In his Daily Mail column, Danny Cipriani also condemned Jones’ views on the matter, saying that the comments are backwards and detrimental to the game of rugby.

Asked about the remarks he made late on Thursday morning; Jones says his comments weren’t meant in the manner they were intended.

“I made that point for a reason,” Jones said. “We have got a really good group of young players coming through in England and I want to make sure we look after them as well as we can.

???"There’s a reason why the young girl who won the US Open hasn’t done so well afterwards..."

What do you think of Eddie Jones' comments about GB tennis star Emma Raducanu following England's win on Saturday?

“The average number of caps for an England player is seven. So many young players come in and they get swept away by all the distraction, so we don’t want them to be distracted. That was the only purpose of that comment.

“They weren’t made in that spirit (sexist or misogynistic) at all. We have sent a private letter to Emma, to make sure she understands why the comments were made. As far as I am concerned, it is the end of the matter.”

Jones was a figure in England’s greatest day in rugby. It was in 2003 when Sir Clive Woodward’s England overcame Jones’ Wallabies in Sydney, but as sporting rivalries go, this one runs far deeper. Australia have failed to beat England in the last seven times of asking, that last win coming at the 2015 Rugby World Cup at Twickenham.

In some ways, this game will whet the appetite for the Ashes that will begin in early December. Whilst a part of the England setup now, Eddie Jones is more than aware of the sporting history on both sides as a new chapter gets its opening lines.