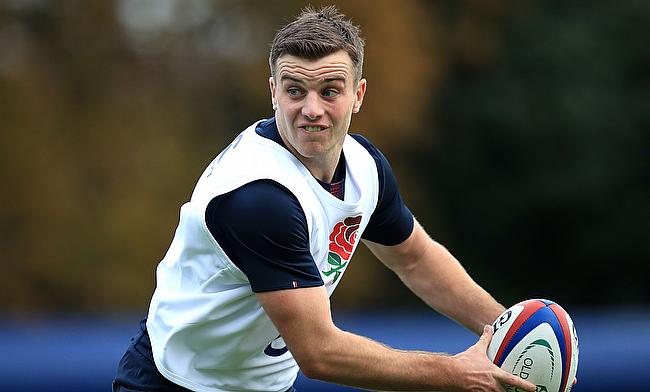 Leicester Tigers outside-half George Ford was today named Gallagher Player of the Month for October, capping an outstanding start to the season for the playmaker and his club.

Ford has been instrumental in the Tigers’ best start to a Premiership season, which has taken them 10 points clear at the top of the Gallagher Premiership Rugby table and his role is praised by BT Sport pundit and Gallagher ambassador Ugo Monye.

Monye said: "Leicester Tigers’ form this year has been down to some great individual performances and George Ford has quite clearly been the outstanding contributor. I felt his performance against Northampton Saints was one of the very many highlights he has been able to provide this year, especially in such a critical position. Being a fly-half, the quarterback of the team, the way he’s steered them and brought leadership has been outstanding."

Ford is the Gallagher Premiership’s leading points scorer with 107 to his name, 45 more than his nearest rival and Monye added: "On an emotional and motivational level, he would have been disappointed not to have been involved with England but bouncing back in the way in which he has - the only way he knows, and that’s through his performances - says a lot about him.

"His form has been mirrored with the team’s form and vice versa. It’s their best start to a Premiership season ever and what’s impressed me about him is how consistent he’s been.

"Leicester Tigers have this all-court game. When I look back over the years, they have previously either wanted to have a physical set piece and then employ a kicking game or they went the other way where they wanted to play from coast to coast but lacked the grunt in the set-piece.

"This year what’s impressive is that they have all of it: their defence is outstanding, their set-piece and their DNA is there, and their attacking game and flair are there to be seen.

"George Ford has been a big part in bringing together their attacking game and he is certainly very deserving of being named Gallagher Player of the Month."

"As each of the five rounds in October extended Tigers’ unbeaten record and cemented their best-ever start to a Gallagher Premiership season, George Ford was at the centre of it all. With his match-winning kicks, conversions and long-range penalties, George has been a class act, pivotal to the team’s performance and fully deserves this award amongst a top-quality squad enjoying such an impressive resurgence.

"For all our colleagues and clients across the East Midlands relishing being back in stands and playing an active role in the rugby community once more, George’s superb 40-metre drop goal during the derby against Saints was quite something to behold – no matter which team you were backing. Congratulations George!"

As part of his prize for being named Gallagher Player of the Month, Ford wins a shirt signed by the whole Leicester Tigers squad and framed by Gallagher to gift to a charity of his choice, to help them raise funds for their chosen cause.

George left the choice of the chosen charity to Tom and Tiffany Youngs and they have decided to donate the framed shirt to Blood Cancer UK.

Ford was judged by a panel of experts as the player who made the biggest impact in Gallagher Premiership Rugby in October 2021.