Jason Leonard Exclusive: “I would be a very lucky man if I had a crystal ball and I could see what might happen" 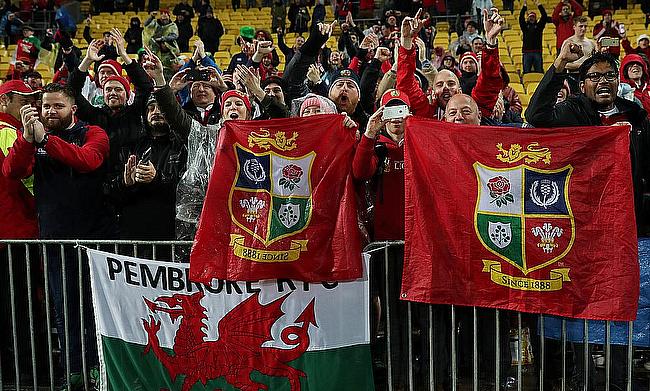 Jason Leonard, chairman of the British and Irish Lions, says the board remain in constant dialogue with the relevant stakeholders regarding the 2021 tour - and he admits the players are keen to see the series take place wherever it is safe to do so.

The Lions board could make a final decision on the tour over the next few weeks, but Leonard insists no announcement will be made until "all the relevant information has been collated.”

If the tour was to be held in South Africa as scheduled, the likelihood of it being played in front of spectators seems slim, whereas more attractive offers from Australia - as well staging the series in the UK - have become viable options for the Lions board over the last couple of months.

Last week, The Telegraph revealed plans for Rugby Australia to underwrite the costs of moving the tour Down Under, whilst hosting the series in Britain received a major boost following the government’s lockdown roadmap plans.

Due to the uncertainty surrounding the current pandemic, the Lions have also reportedly made a request to the Department of Culture Media and Sport to underwrite the tour if the UK was to host the series.

'This is a potential game-changer'

Rugby Australia makes offer to underwrite the costs of relocating this summer's British and Irish Lions tour of South Africa to instead be played Down Under | Exclusive by @GavinMairs https://t.co/ZEMXhOlLRV

Asked about the developing options on the table, Leonard told TRU: “Things are still the same to be honest. We are in dialogue with everyone. I think everyone appreciates it is such a fluid process at the moment and things can change very quickly because of the uncertainty caused by the pandemic. We can’t move faster than what we are doing and we definitely don’t want to be going slower.

“It will be incredibly difficult to keep the tour as normal as it should be, but we have spoken to some of the players. A number of the players have said they don’t care where the tour is. They will play it in Timbuktu if that is the case! Until someone tells us otherwise, we are progressing with all of our options as it is.

“We are talking in hypotheticals [when analysing the different options], aren’t we? You have got governments saying we should be able to do this by this date? Is that confirmed? No, it is not. I would be a very lucky man if I had a crystal ball and I could see what might happen. Again, we are only working with the documentation we have got in this moment in time.”

Last week, reports also suggested Lions head coach Warren Gatland is already considering holding a month-long training camp in Jersey for his players, but Leonard was wary of looking too far ahead.

He added: “If we make a quick decision and something happens again with Covid, then we have got to go back on that decision so as a board, we would rather have all the information at hand so we will be able to make that decision and hopefully then proceed.

“If we rush into a decision on any aspect of this, we might have to unwind it and go backwards three steps to go forwards so what is the point in that? It is a waiting game to certain a degree where we have just got to make sure we have got all the information, we’ve collated it and once we have all of it, then we will be in a better place to make a decision.

“Of course, there will be timescales down the line because the closer we get to the tour, we will be under pressure. If it means we have got to wait a week to recover some documentation or information from one of our partners, then we will do it. It is not a case of treading water or pushing back. We are trying to get this done. We are moving as fast as the moving parts will allow us.”

Whilst Leonard has been busy focusing on arrangements for an unprecedented Lions tour, his time has also been spent growing the Atlas Foundation which helps deprived children around the world.

The 2003 World Cup winner created the foundation five years ago, and since then, Atlas is now in 16 countries and has helped over 50,000 children.

Here’s our children at #TeamTalk Kenya exploring #communication and goal-setting skills within an open and friendly learning environment.

You can read more about our vital work & how you can join in via the link in our bio.

“I started it just to help deprived children in some of the poorest places around the world and it has grown and grown over the last four or five years.”

Like with most charities and foundations, Atlas has faced challenges over the last 12 months due to Covid-19, but Leonard and his team have continued to find ways to help children thrive.

He added: “I think everyone has had to adapt and what we have tried to do is to be innovative. It is what it is and there is light at the end of the tunnel, but believe me for some of the kids in slums and shanty towns around the world, that problem won’t be going away this year or next year or possibly the year after.

“We have got to strive to help these young people the best we can. One of Atlas’ straplines is ‘provide children with a chance to thrive.’

“Look, rugby is a family. We are all part of the rugby family. Part of that is supporting your mates, your values and how you conduct yourself and being part of the ‘Atlas’ family means you are not on your own. There are other people there and you have got a safety net around you.

Neil Back Interview: Lions tours are about touring - The players will never forget it