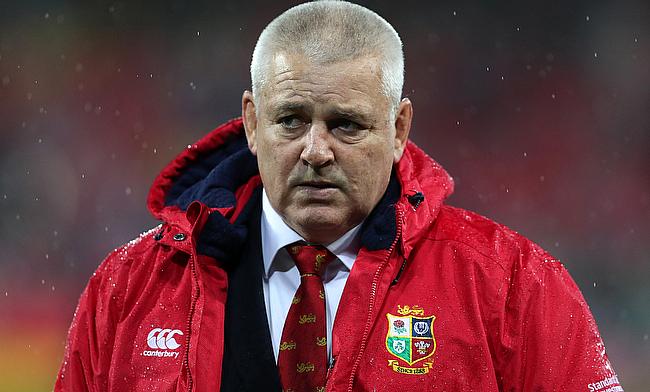 British and Irish Lions head coach Warren Gatland has urged Premiership Rugby to release players for the game against Japan scheduled to be played on 26th June next year.

The game which will be played ahead of the Lions tour of South Africa clashes on the same day with the Premiership final for the 2020/21 season.

Gatland, who will be in charge of Lions for the third consecutive tour stated that marginal selection calls will go against the England players if they are unavailable for the game against the Brave Blossoms that will be played at Murrayfield Stadium.

"You end up with a 50-50 call on a player, and a player who is able to be there for a week's camp in Wales and a week's preparation for the Japan game might get the nod against someone who has unfortunately not been available until only one week before the first match in South Africa.

"It's a challenge at the moment and I just hope that some common sense will prevail in negotiations.

"I fully understand with the Premiership final and players not being available because they are tied up with that, but I would love to see other players being released for the Lions.

"I just hope we can come to some agreement where we do have access to the players."

"Every game I see him play, he's up for man of the match," said Warburton, who skippered the Lions during the 2013 and 2017 tours.

"I spent two months with him on tour three years ago. I remember looking at him in training and thinking, 'that guy can be captain on the next tour'.

"He strikes me as a very good leader as well."