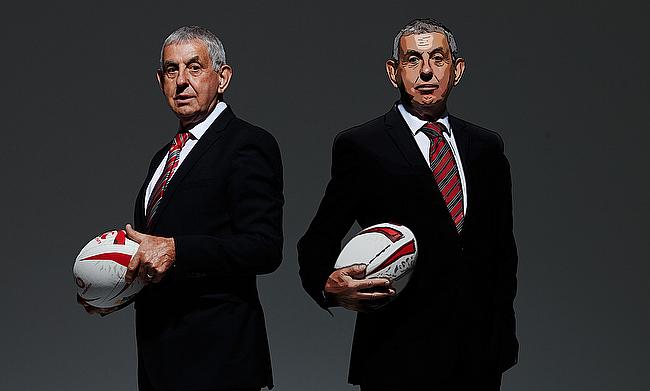 The reasons as to why Sir Ian McGeechan is a British and Irish Lions legend are pretty clear.

As a player, the Leeds-born Scotsman went on two Lions tours including the successful 1974 series in South Africa as well as a trip to New Zealand in 1977.

He retired from the game two years later but in 1986, McGeechan went back to Scotland to become their assistant coach before taking charge of the nation.

Having spent just one year in the hot seat with Scotland, the Lions came calling again and he led his team to a 2-1 Test series win over Australia in 1989. He also took charge of their visit to New Zealand four years later, but it is McGeechan's third tour at the head of the Lions that is best remembered.

Speaking to TRU to promote the Digital Lions initiative, it was McGeechan that took the Lions back to South Africa for the first time since 1980 after teams had boycotted touring the country as a protest to apartheid.

The combination of beating the hosts 2-1 in the Test Series - coupled with the release of the Living With Lions documentary - propelled the tour to legendary status amongst rugby fans globally.

In 2009 McGeechan was involved again, leading the Lions for a fourth and final time as the head coach, but on that occasion, they lost 2-1 against the Springboks.

From that point onwards, the side has been led by Warren Gatland, who served as McGeechan’s forwards coach on the last tour to South Africa.

So far, Gatland has never lost as the leading man, convincingly beating Australia in their own back yard seven years ago before drawing with New Zealand in 2017.

The challenge of facing the world champions next summer now awaits and any tour to South Africa is always hotly anticipated. Not only is the time difference far friendlier for those watching on from abroad, but the memories of 1997 continue to burn bright with Jeremy Guscott's drop-goal in the second Test ultimately winning the series for the Lions.

A highlight of the Lions calendar is also finding out which players are selected to go on tour. It promotes conversations on social media, in living rooms, and in a bygone age, in bars across Britain and Ireland.

For fans, it is merely a conversation for fun, whilst for the actual selectors, it is a painstaking and arduous task that begins months in advance. At the conclusion of the Premiership season and Six Nations, the cameras often panned to Gatland looking on after the New Zealander had arrived back in the UK following the conclusion of the Super Rugby Aoteara season where he was in charge of the Chiefs.

“When we were all involved together in 2009, we started [selection] in January,” McGeechan said. “It is a later tour, so he will keep looking at things a bit more. I always started with 75 players, probably by position and then you look at those players, not just playing international rugby, but at club level, talking to the coaches and so on.

“It is a progressive movement towards getting that final 35 and then what happens is, once you get them on tour, you are getting those Test team combinations working. All that time, in your head, you are appraising and reappraising what you have got in front of you.”

In recent tours, Scottish names have been hard to come by in Lions teams. In 2013 and 2017, Stuart Hogg was the only man from north of the border to be selected for the respective trips to Australia and New Zealand, but he did not play a Test down under whilst his potential involvement against the All Blacks was cut short following an eye injury sustained in a collision with his own teammate.

However, Hogg remains on course for another go at things in a red jersey as he carried his club form into Scotland’s 14-10 win over Wales in Llanelli.

Hogg, along with Exeter Chiefs teammate Jonny Gray, recently lifted the Champions Cup and the Premiership title and having also helped their country secure a first Six Nations win in Wales for 18 years last weekend, McGeechan feels the duo would have done their Lions ambitions no harm at all after playing meaningful knockout rugby.

“I think when you get into the knockout stages of a game and you are getting to semi-finals and then finals, there is a slightly different environment, there is a different challenge,” McGeechan said. “Often, you have the confidence to still play and the situation doesn’t control you, you control the situation.

“That is the biggest answer you need from players to win a Lions Test. I would call them Test match animals because they are different. They are prepared, under extreme pressure, to still do the things that matter and I think the more experience that (they have) in cup finals, then the more you get an understanding of what is required.

“For me, without a doubt, having those experiences and opportunities are actually really important for the Scottish players in particular.”

Scotland head coach Gregor Townsend was one of McGeechan’s stars in the late 90’s and both operated in the same fly-half position on the field, but off the pitch, you can see various similarities in the way in which their respective teams play.

How bloody good?! Love being a part of this awesome club. #GloryDays #DoubleChamps ????

Beneath Townsend, Scotland have flourished. Playing an exciting brand of rugby, they now seem to have some excellent depth in the side for the first time in nearly 20 years.

However, their resources are set to be tested in the Autumn Nations Cup, with first and second choice fly-half’s Finn Russell and Adam Hastings out of the competition after injuries sustained against Wales.

As a result, it seems that Duncan Weir will be the man placed in the 10 shirt for the upcoming tournament and it does give a neutral a different view on Scotland's chances of success. Regardless, McGeechan feels as though Townsend can make his way on to Gatland’s coaching staff, along with a series of backroom personnel that have already experienced a tour with the Lions.

“Because the tour is so short, you need experience there,” McGeechan explained. “One of the things I would always try to do is; if you have got some experience and some people who are used to it, in the support group, it actually accelerates all the processes of getting the right things in place with the players.

“I’d think that he would want to take Paul Stridgeon, in fitness, he would want to keep some of the medics that he uses and he is very loyal. When he has got good staff, he keeps them, he doesn’t change. The interesting one is Ireland whether Andy Farrell is there as defence coach again.

“I think, probably now, Gregor Townsend would come into the picture as attack coach and that would be interesting. It would help Gregor and I think Gregor would help the Lions as well.”

Sir Ian McGeechan is part of Vodafone’s new British & Irish Lions initiative, which uses gaming technology to transform fans into ‘Digital Lions’ via the new 2021 Lions Tour app on iOS and Android. Download now to create your own Digital Lion and exclusive content.