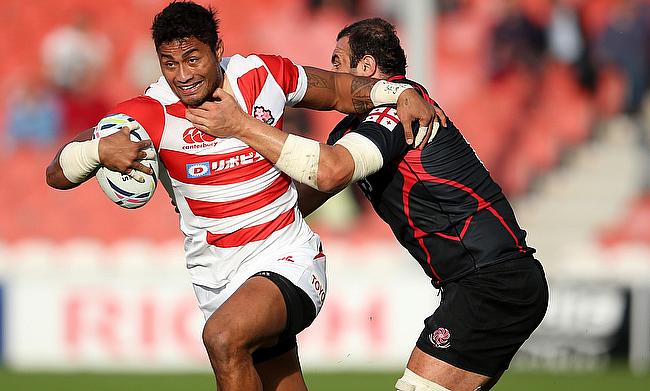 Japan number eight Amanaki Mafi will join Bath on a short-term contract until the end of the season, the club have announced.

The Tonga-born 25-year-old starred for the Brave Blossoms during their stunning World Cup campaign that saw them win three pool games.

"They are a very compelling side to watch play and I know that joining them will be the best environment for me to continue developing my game.

"I'm also looking forward to a new adventure in England. I've had a great time in Japan and would like to thank everyone at NTT Shining Arcs for their support."

Head coach Mike Ford expressed his hope that Mafi will bring his stellar World Cup form with him to the Aviva Premiership.

"Amanaki is a talented young player who had a great Rugby World Cup and we're excited to see what he can do in a Bath jersey," said Ford.

"We have some very good players in our back row already, but we're always looking to strengthen the squad and Amanaki will give us another option in a hugely competitive position."