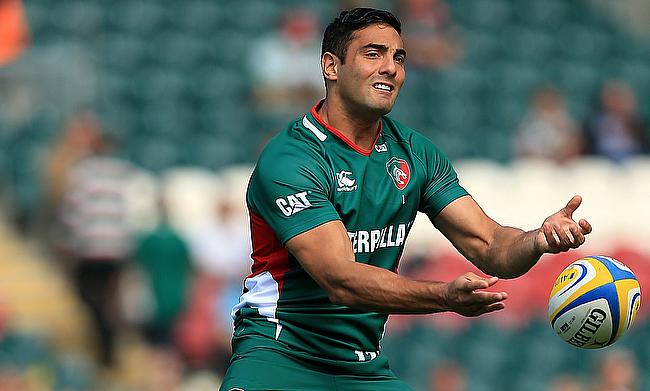 Dan Bowden during his time with Leicester
©Press Association

Bath have moved to strengthen their back division options by signing former Leicester and London Irish player Dan Bowden.

And Bowden's arrival is set to intensify speculation that Bath fly-half Rhys Priestland could be available for Wales after all this season.

It had been understood that Priestland would take an 18-month sabbatical from Test rugby, starting with the RBS 6 Nations Championship that gets under way in early February.

But the recruitment of Bowden - a fly-half or centre - suggests that Priestland could remain part of the Wales set-up, with Bath also set to be without England number 10 George Ford during the Six Nations campaign.

"Dan is a very intelligent player," Booth said. "From a 10/12 point of view, you want as many ball-players as you can.

"He is an obsessive sort of player. What I mean by that is he has a massive thirst for knowledge and thirst for the game, and he will drive people's preparation to be at the same standard as his. I think he's arriving in early January.

"We have got a lot of young backs, so the more we can fast-track their knowledge, then hopefully we can move the progression of the group that little bit better."

Asked about Priestland's situation, Booth added: "It is not the reason we have recruited Dan Bowden. We had an opportunity to specifically recruit him."

Fijian Drua to play home matches in Australia for 2022 season