Bath return to winning ways with dispatch of Worcester 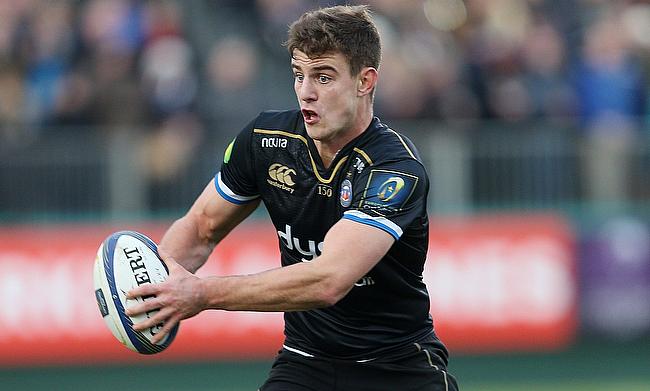 Ollie Devoto was among the Bath try scorers against Warriors
©PA

Bath posted only a third Aviva Premiership win of the season - and their first for seven weeks - by edging out Recreation Ground visitors Worcester 21-14.

Priestland, who was handed a rare start instead of England fly-half George Ford since his move from the Scarlets earlier this year, drove Bath to victory by mixing his running and kicking game to great effect.

Sunday's win was just what struggling Bath required ahead of next weekend's trip to Newcastle, which is followed by European Champions Cup games against Toulon, either side of meeting Leinster in Dublin, before visiting Premiership leaders Saracens on January 30.

Bath made several changes from the side crushed 36-10 by Champions Cup opponents Wasps eight days ago - the club's heaviest European home defeat - as they looked to ignite a Premiership campaign that had so far fell flat.

And the early signs were promising, with Bath claiming an opening 10th-minute try after setting up camp inside Worcester's 22, and patient approach work resulted in Devoto touching down.

Priestland's conversion made it 7-0, and after he exchanged penalties with Heathcote, Warriors were forced into a change when lock Darren Barry limped off to be replaced by former Ireland international Donncha O'Callaghan.

Mills then gave Worcester some much-needed momentum with a superb long-range penalty to cut the gap to four points, which the Warriors were subsequently able to turn into an impressive try eight minutes before half-time.

Bath were undone on on the blindside of a scrum, and slick passing sent Vuna clear for a try that Heathcote narrowly failed to convert.

Later, a belated spell of possession at the end of the half ensued deep inside Worcester's half, and when the ball found its way to Agulla, the Argentina international finished brilliantly under pressure as space rapidly ran out.

Referee Tom Foley awarded the try following confirmation from television match official Stuart Terheege, and Bath trooped off at the interval 15-11 ahead.

Priestland and Heathcote each kicked penalties early in the second period, and there was much more urgency after the break as Bath increased the tempo up-front.

Worcester remained firmly in contention, but Priestland completed his penalty hat-trick 12 minutes from time, and Bath were home and dry against a Warriors outfit that offered plenty of commitment, but too little attacking creativity.