Mike Ford: We must not create a monster 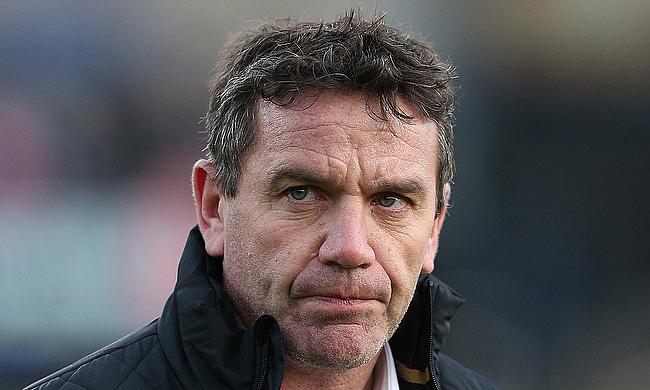 Mike Ford believes Bath have recruited a world-class back row in Toby Faletau, but cautions that the Aviva Premiership must not "create a monster" by spending too much on player wages.

Faletau will start his three-year spell at the Recreation Ground next season after rejecting the offer of a national dual contract with Wales and the Dragons, negotiations for which had been ongoing.

The 25-year-old is thought to be one of Bath's two marquee signings - Welsh compatriot Rhys Priestland is the other - ensuring his wages of £400,000 are not counted towards the £6.5million salary cap.

English clubs have increased spending power with a new broadcasting rights deals for the Premiership and Champions Cup resulting in incremental rises in the salary cap each season, reaching £7million for 2017-18.

The playing field recently dominated by France's Top 14 league is being levelled, but Ford warns that over-extravagance would be damaging to the game.

"Trevor Francis was the first £1million footballer. Now players are getting close to £1million per week," Bath's head coach said.

"We've got to be careful not to create a monster because otherwise it will become like football.

"It's everyone's responsibility within the sport for it not to be like that. Hopefully we've still got a lid on it.

"People have worked really hard to bring more money into the game through TV rights and a new agreement is being negotiated with England which will bring in extra money as well.

"The key is that when the money comes in it doesn't all go into the players' pockets. We need to think about the infrastructure of the sport and the stadium and people working there.

"It's difficult because players and agents see all that money coming in and think 'we want a piece of that'."

The Dragons have described Faletau's looming departure as "the worst possible outcome for us, leaving us feeling extremely disappointed as well as significantly worse off financially", and pointed the finger of blame at the Welsh Rugby Union.

But Bath are able to acclaim the signing of a 53-cap veteran and British and Irish Lion whose best years lie ahead.

"We've been chasing Toby for a while. It didn't quite come off for this season after the World Cup, unfortunately," Ford said.

"Toby's had some fantastic offers from abroad. The WRU were after him as well. But he was consistent in the respect he wanted to come to Bath all along.

"Things were out of his control after the World Cup. After this season he's out of contract and he can move where he wants to move.

"He's only 25, a fantastic player who can go and get the football for us when the opposition have got the ball.

"We believe we can use him differently to how Wales do. We play a different system to them. He can be a very, very potent runner around the edges for us.

"Having Toby on board is fantastic piece of business for the club. He's the right age and right type of player as well.

"Everyone knows he's a great player - one of the world's best."

Ford insists that Faletau's arrival will not affect David Denton's future after the Scotland number eight was signed as a replacement for Sam Burgess, stating that Denton can also play at blindside flanker.