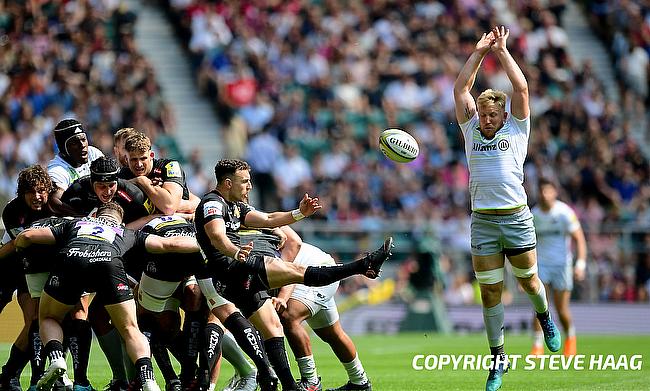 Saracens flanker Jackson Wray expressed confidence that his side can beat Leinster in the upcoming Heineken Champions Cup quarter-final despite missing the services of England skipper Owen Farrell.

Wray will be on his 250th appearance for the club and will partner with Mike Rhodes who is closing on 100 games and Billy Vunipola in the backrow with Alex Goode taking the fly-half role of Farrell and will be backed by Manu Vunipola in the bench.

Saracens will be up against a rampaging Leinster, who had an outstanding run in the Pro14 tournament that saw them win the domestic title but Wray is confident that the side has enough potential to surprise the Irish side.

“Owen’s probably the best fly-half in the world so you can’t underestimate that loss, but we’ve got Alex Goode and Manu Vunipola who have proved unbelievably effective,” Wray told the The Rugby Paper.

“Then you look at what’s around them with Brad Barritt, Duncan Taylor, Elliot Daly and Sean Maitland and what we’ve got up front, so it’s up to us to do what we need to get to the next stage.

“We don’t mind being labelled underdogs, people have done that all season, but you saw in the Racing 92 game at home what this competition means to us. People have probably forgotten that now but we had Will Skelton sent off before half-time and still got the win we needed.

“It’s refreshing going into a game like this that actually means something and we’ve been building to ifat for a long time. It’s a case of going out there now and showing what we can do.”