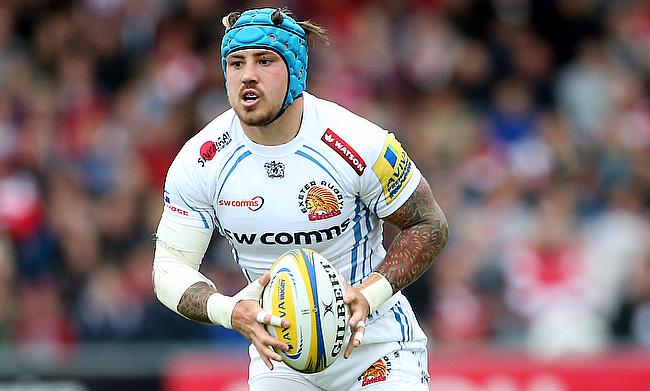 England and Exeter Chiefs fullback Jack Nowell could be sidelined for the remainder of the 2021/22 season after breaking his arm during the final round of the Six Nations game against France.

The 28-year-old played 25 minutes during the game against Les Bleus before he was forced off the field and now could be out of action for eight to 10 weeks according Exeter director of rugby Rob Baxter. Nowell is also set to have a surgery on his thumb in summer.

“It’s a broken bone in the arm, which is obviously hugely disappointing both for Jack and ourselves,” said Baxter.

“At this stage, it’s looking at being at least eight to ten weeks, but we will just have to wait and see.”

The Chiefs have also taken the option to carry out surgery on a thumb ligament injury – which was due to take place in the summer – as this has a similar recovery period to his broken arm.

“If we get to the latter stages of the Premiership, say the semi-final and final, then there is a value to getting all this done.

"What we have got to do now is move on and get on with the important thing of winning games and collecting points, and potentially there’ll still maybe an opportunity for him to feature in those big games later on.”

Nowell's career has been hampered by injury setbacks with toe and knee problems sidelining him at the early stages of the 2019 World Cup and Baxter felt the timing was unfortunate.

"This one in particular feels really unlucky because he's actually been bopping along this season without too many issues. A broken arm is kind of out of the blue, that's not overloading, that's not playing with an injury, it's one of those things.”