"It's encouraging that we've done as well as we have" - Robinson 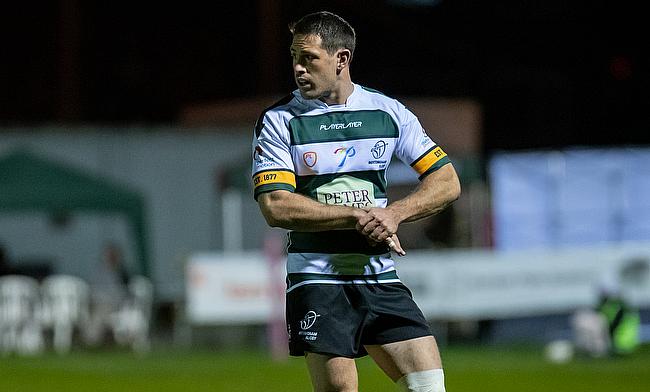 TRU’s Joe Harvey spoke to Nottingham Rugby and long-time Championship player Billy Robinson about a strong start to the campaign, the importance of University rugby and his own coaching ambitions.

“I think that we are very confident in the group of players that we have,” started Robinson, sat on the benches in the Nottingham Rugby changing rooms.

“We’re very confident in the way that we are able to play against even the top opposition.”

“If we look at the performance against Ealing, they’re one of the top sides in the league who are expected to be pushing London Irish for that promotion spot, and we beat them pretty well down here.”

At the end of October, Nottingham dismantled Ealing Trailfinders, one of Robinson’s former teams, at Lady Bay 42-27. It was only the second time that Ealing had tasted defeat this season and it is one of the highlights of the campaign for the Midlands club so far.

Thank you to everyone who came down to support us this evening, we couldn’t have done it without you ????#GreenNWhites #PartOfTheTeam ?? https://t.co/ndvkWB0dPo

“It wasn’t really a smash and grab, I feel that we generally outplayed them in several areas in the game,” added Robinson. “On the flip-side though, that’s not to say that will happen week after week. It is a very competitive league with a lot of good teams.

“It’s encouraging that we’ve done as well as we have, and we have a lot of belief and confidence about how well we can perform. Equally, we need to stay very focused and we know a lot of those really good performances have come off the back of hard work and focus.”

Moving to Nottingham in 2014 from Ealing, 31-year-old Robinson soon became a crowd favourite. The fullback and winger received the Players Player of the Year in his first year at the club and has gone on to score over 20 tries in less than 100 appearances.

During his time at the club, Robinson has played under three head coaches and is currently under stewardship of Neil Fowkes.

“Neil has obviously been involved with this club, long before I showed up here in 2014, said Robinson. His previous role was the head of rugby at Nottingham Trent, he knows a lot of the guys who have come through in the past few years.”

“Working under Martin Haag and Ian Costello, he’s been able to take on a lot of the things that they brought to the club and adapt them to suit the squad so he has been a huge part of developing a consistency amongst the squad and it’s working really well.”

“I’d not experienced anything like it before. It seems like an excellent system for all the parties involved too,” said Robinson. “The young players get to play a good standard of rugby in the BUCS league and they also get the exposure of training with a Championship squad.

“It puts them in a position where they raise their game all the time and they learn along the way. The plus side is, if they get an opportunity and perform well; then there is a really clear pathway for them to push through and go on to play professional rugby. It’s also really good to have young guys around the club as well, keeps the old guys like myself a little bit young. At least I like to think so!”

Like Fowkes, Robinson was involved in university rugby last season. Coaching the University of Derby’s 1st and 2nd squad, he was encouraged to start coaching by Nottingham Rugby.

He added: “The club is pretty good at encouraging guys to do things away from playing.”

“There is at least seven or eight guys who coach part-time and the club is good at facilitating that. I coached at Derby last year and really enjoyed it. It was a really good experience and I also coach a local side, Nottingham Moderns. I’ve benefitted from so many good coaches over the years and it’s nice to now be in a position where I can pass some of that information on to other people.”

An experienced Championship campaigner, it seemed appropriate to ask Robinson about how he feels the league has changed since his first run out: “It’s been a while since I first started, so it’s hard to cast my mind that far back!

“It’s an attractive league for guys to play in, because Premiership teams do look at the Championship for talent recruitment. Similarly, you also get good players who are heading towards the latter stages of their careers and come with a ton of experience.

“When I was first playing (in the championship) Bristol, one year, had five British and Irish Lions in they squad, which is pretty crazy. More generally you’d say it was pretty competitive top to bottom.”

Nottingham Rugby next play this Sunday against Yorkshire Carnegie at Lady Bay.