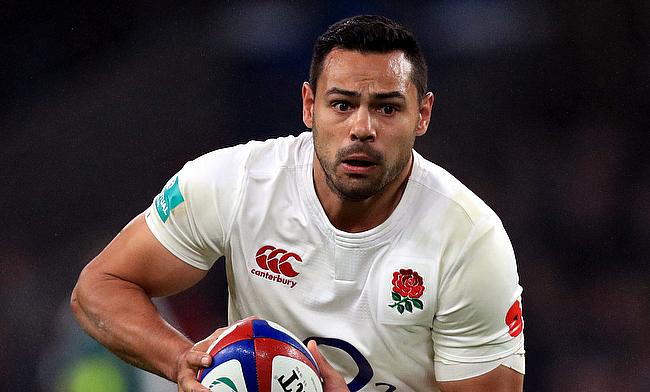 The 29-year-old made his National Rugby League debut in 2007 for Wests Tigers and has also represented Brisbane Broncos and South Sydney Rabbitohs before switching codes to Rugby Union at the end of 2014 season.

After playing for Leinster between 2014 and 2016, the 29-year-old joined Aviva Premiership club Worcester Warriors and made his first start for England under Eddie Jones in the first game of the autumn internationals against South Africa recently.

Folau, who was also the former teammate of Te'o in Brisbane Broncos made his switch to the rugby union in 2013 and has been a prominent member of the Wallabies team.

Both Te'o and Folau shared the same house in Sydney for five months and the England international revealed his conversation with the Waratahs centre prompted him to join the rugby union.

"I was living with Israel Folau at the time, we were living in Kensington. I was at Souths and he was at Waratahs," Te'o said.

"I was feeling a little bit stale and asking myself some questions and I bounced it off him a little bit.

"I left the door open when I first came because I didn't know what would happen. If I had left it too late and I just wasn't on everyone else's level I would have gone back.

"The initial part was hard but then I really started to enjoy the game and fall back in love with it. The World Cup was a really big thing for me. I watched every game and really enjoyed it as a spectator.

"I started getting the love back. And then I shut the door - there was no way I was going back."

Ireland tried to secure the services of the Auckland born centre based on residency grounds but Te'o revealed that his conversation with Jones persuaded him to move to England.

"The first thing I decided was wanting to play rugby union. Obviously my time in rugby league was fun but I was looking for something else," Te'o said.

"The opportunity to play union took me to Ireland, that's where I played and then a chat with Eddie.

"A chat about if I got myself over to the Premiership I would have an opportunity if I played well to put myself in the system and that's how it came along. I obviously knew being eligible and having a passport, it was just the way that it went!"