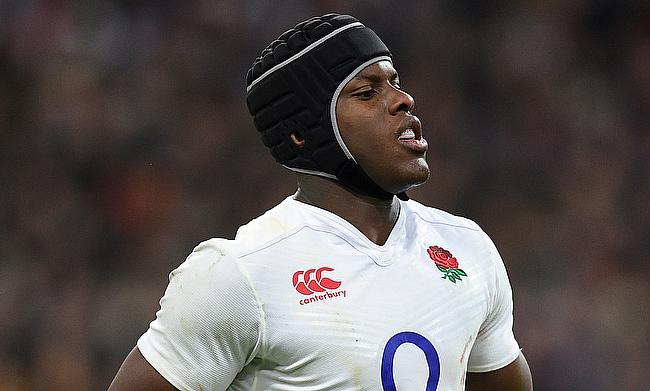 England centre Ben Te'o was forced to miss his team's training on Monday ahead of the first Test against Australia in Brisbane on 11th June due to "muscle soreness".

Te'o, who has played rugby league in Australia for a decade became eligible to play for England through an English mother and was picked in the national squad by Eddie Jones for the three-Test series against the Wallabies.

While the rest of the squad was training at the Sanctuary Cove base, Te'o was on the sidelines as confirmed by England defence coach Paul Gustard, who also expects him to resume training by Tuesday.

"It was on the advice of the medical department. He's all good and has settled in really well," said Gustard.

"He's a good character and gives us something different, adding to our attacking options."

Te'o will be competing for a spot at 12 along with Owen Farrell and Luther Burrell while Mike Brown will be at fullback with flankers Chris Robshaw and James Haskell likely to remain at either side. Maro Itoje is also in contention for Saturday's game.

Ever since his switch to Rugby Union, Te'o has played 40 games for Leinster and has been signed by Worcester for the upcoming season.

The 29-year-old also had an intention to represent Ireland on residency grounds after he posted the message of "Good luck to the Irish lads v Scotland #shouldertoshoulder" wearing the Irish jersey during the 2015 World Cup but later removed from his instagram account.

Gustard also believes Te'o will add a lot of muscle to England's midfield as they are in search for their maiden Test series victory in Australia.

"He's a big, physical guy. He has the intent to hit people, knock them back and dominate that gainline, control the gainline, the momentum and pace of the ball," Gustard said.

"That's in his DNA and he has that physical intent that most defence coaches like.

"On top of that he's pretty savvy. He's used to playing a channel-based defence in rugby league for the last 10 years of his career.

"He went to Leinster and learnt different way of defending, so is adept at both systems."

Jones is expected to announce the England line-up on Thursday morning for the first Test in Brisbane.