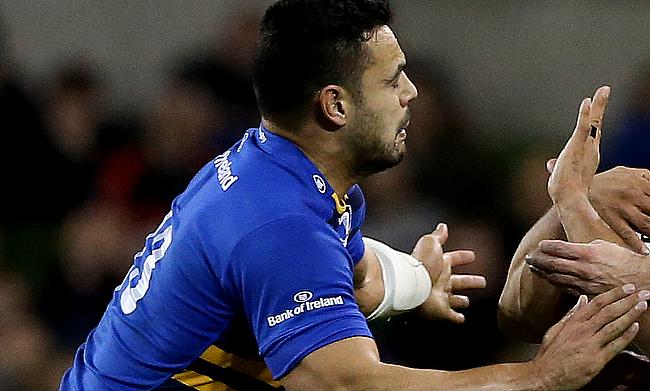 Te'o has a vast experience of playing in Australia, where he was part of the rugby league for over a decade and has represented Samoa at the international level and Queensland in the State of Origin series.

In 2014, Te'o decided to switch code to rugby union and was part of Leinster for two years and has represented the club in 40 matches and will be part of Worcester in the upcoming season of Aviva Premiership after Jones had fast-tracked his England selection for the Test series against Australia.

Earlier, Australia assistant coach Nathan Grey said Te'o might find difficulty in adapting to international rugby union but Jones believes the 29-year-old has already proved himself during his stint with Leinster.

Jones also criticised the England management during the 2015 World Cup for not handling Sam Burgess efficiently which led to the 27-year-old returning back to rugby league.

"Burgess was a non-event in England's confused strategy at the World Cup, but he would have been an excellent Test player if he'd had the will to stick at it," Jones told the Brisbane Courier-Mail.

"Rugby league is not a skilful game, it's a game where you've got to hurt people.

"Tough guys like Te'o bring something extra to a squad, a bit of an intangible, plus he's done the hard yards in 50-odd games for Leinster."

Te'o had been part of the Queensland side which plays annual best-of-three rugby league games with New South Wales.

Jones believes the experience of playing in the State of Origin series for Queensland will benefit Te'o in countering the challenges of Test rugby.

"There is a massively high correlation between those who have been successful Origin players and then made a really good fist of rugby," Jones said

"If they haven't done that there's a huge correlation with them being average rugby players. That's why I have high hopes for Ben Te'o. He's cut it at the highest level of rugby league.

"Playing Origin means you can cope with the physicality of the most physical game in the world and you have the ability to handle the pressure of Test rugby situations.

"I saw one clip where Ben took the ball to the line and threw a short pass after carrying through the line on his previous play.

"He can mix it up with a good short-passing game and can off-load in contact like a more athletic version of (former Australia centre) Rod Kafer. He can hit."

Te'o participation in the series opener in Brisbane depends on whether or not Jones intends to retain fly-half George Ford as the Auckland-born lock will be competing for a spot with Owen Farrell and Luther Burrell.

Jonathan Joseph, who is cetain to start at outside centre believes Te'o might have to wait another week for his opportunity.

"Ben has settled in very well. He's good to have around. He's a great player who will give us some great go forward in the near future," Joseph said.

"His offloading game is very good and defensively he's very tough. We'd love to see what he can offer on the internationals stage.

"He's here on merit after performing very well for Leinster. I've played against him a few times and he was very good in those games.

"If he gets his shot I'm sure he'll take it with both hands. He told us already how passionate he is and what it means to be in the squad."