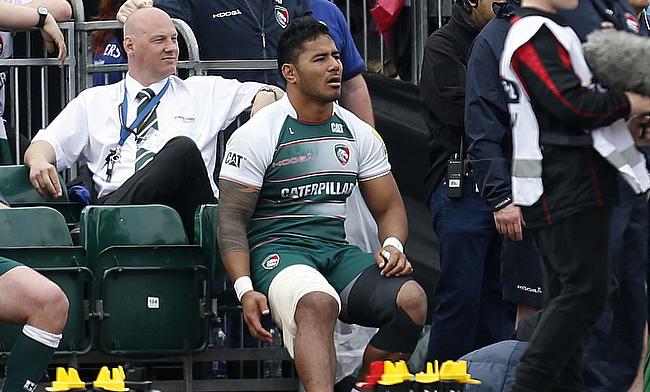 England coach Eddie Jones has announced four uncapped players in the 32-man squad for the upcoming three-Test tour of Australia.

Manu Tuilagi, who recently suffered a hamstring injury during Leicester Tigers's 44-17 defeat against Saracens in the Premiership semi-final at Allianz Park yesterday, has also been named in the squad.

Among those notable players who missed out is Sale Sharks fly-half Danny Cipriani and Saracens wing Chris Ashton.

Dylan Hartley, the Northampton Saints hooker, as expected retained the captaincy at the back of England's Six Nations Championship Grand Slam conquest.

The 30-year-old, however, made just one appearance for his club and spent most of the time on the bench after sustaining a concussion injury in March.

Jones also announced a 26-man squad to face Wales for the Old Mutual Wealth Cup at Twickenham on Sunday 29th of May. The selected players will assemble at Pennyhill Park on Sunday.

However, players from Saracens and Exeter Chiefs, who will compete for the Premiership title on Saturday 28th of May have been excluded from the training camp.

Jones is confident of his team winning all four games. He also stressed on the importance of winning the game against Wales to set the momentum for England's challenging tour down under.

“We have selected two squads of players who can win all four games.

“It’s important we get off to a good start against Wales and play positive rugby and win."

Jones acknowledged the obstacles his men will face against Michael Cheika's Wallabies, however, he is also excited at the thought of creating a new history for England rugby.

“We are excited to being touring Australia in June. To beat the Wallabies in Australia you have to play a physical, aggressive brand of rugby and that’s what we intend to do. We will need to be a fit, cohesive, tactically flexible team and play with a high intensity. We have to be in their faces from the first minute of the first Test.

“But we are in no doubt of the challenge we face. England have only ever won three Tests in Australia and never won in Brisbane, so it is a great opportunity for us to create new history.

The former Australian rugby union coach and player expressed faith in his young squad to match up to the level of rugby exhibited by the southern hemisphere team.

“We are still a young squad with an average age of 24 so this will be a big learning experience. This will be the first time many of the players will have toured Australia so there’s no historical baggage there and mentally we’ll be in a good place off the back of the RBS 6 Nations.

“The Grand Slam was just the start of our journey. We’re ranked fourth in the world and are still developing our identity and we have a long way to go to get to where we ultimately want to be. This tour will provide a good chance for us to measure up to the southern hemisphere and try to close that gap."

England squad for tour of Australia: