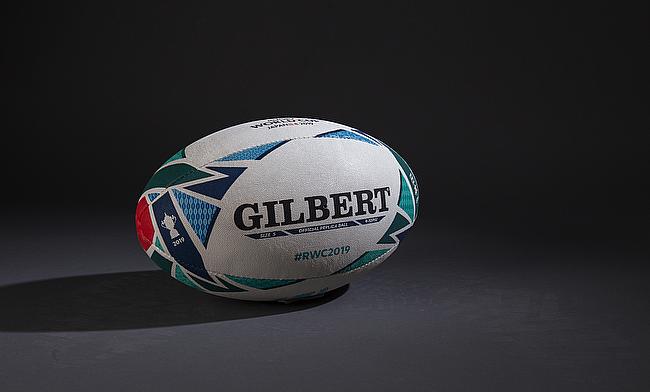 ‘Excellent’ Taylor continues to give Scotland a lift as World Cup edges closer
Upset against South Africa has helped excite fans - Onishi
Shane Williams: This is the strongest Welsh squad I have seen in my lifetime
Marler’s return, family & being ready for a World Cup

In 1995, Gilbert Rugby became the official ball of the Rugby World Cup for the very first time.

The Sirius Match Ball was first brought into action in November 2018 when the Rugby World Cup 2019 hosts took on the current tournament champions: Japan vs New Zealand. Since then, Sirius has been used in Autumn International Series matches; Guinness Six Nations; Americas Rugby Championship and in the (current) Rugby Championship. The Sirius has already been used by all 20 participating RWC 2019 teams; ensuring the players become accustom to the new ball before the tournament kicks off in September.

In the production of the Sirius Match ball, Gilbert have enhanced qualities from previous match balls including the Match XV, used in the RWC 2015 and the Virtuo Ball from 2011. The main development that Gilbert have undergone in production is their new and innovative manufacturing technology that ensures consistency and precision when forming the balls.

It's under 100 days to go until the #RWCFinal

Ultimately the outcome of this process ensures increased surface area contact to the ball for players which therefore increases grip in comparison to its predecessors, whilst maintaining Gilbert’s renowned aerodynamic performance.

Producing such a high-quality match ball takes time: “The production of the Sirius Ball is a four-year development cycle, this aims to peak a year before the Rugby World Cup to enable the ball to be used before the start of the Tournament” said Savage. “The actual look and feel design specific to the tournament took about 3 months to perfect.”

The name Sirius was chosen for this ball due to its connections with the Binary Star system: Sirius. Sirius is the brightest star in the night sky visible from both the northern and southern hemispheres representing the coming together of rugby players from across the globe for the RWC 2019.

The Sirius star system is made up of a main-sequence star, Sirius A, and a faint dwarf star, Sirius B, thus representing the dual height precision star shaped pimple pattern that covers the ball. Finally, Sirius is the 7th closest star to Earth, and the Sirius match ball will be Gilbert’s 7th iteration of an RWC match ball.

The Sirius Match Ball has not only been developed with advanced technology in mind, but a design that coordinates with the RWC 2019 tournament look and feel.

The tournament look and feel combines the old with the new whilst graphically representing the host nation, Japan, at the centre. The rising sun in the icon conveys Japan at the heart of world rugby in 2019 and its presence at both ends of the ball gives a clear point of reference for players when the ball is rotating.

Along with this, the combination of fractal spiral patterns along with prominent darker colour frames allows the players to distinguish the ball easily on the field.