Shane Williams: This is the strongest Welsh squad I have seen in my lifetime 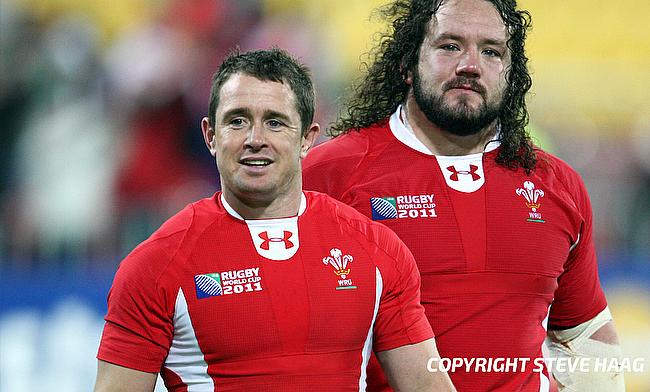 With the Rugby World Cup just 58 days away, Shane Williams seems to be more excited than most.

His enthusiasm for the tournament is actually unsurprising when you combine his admiration for Japan with Wales’ success over the last 16 months or so.

Williams is an ambassador for the Rugby World Cup 2019 host cities, Osaka and Kobe, and he has fully embraced the build-up to the tournament in a country which is close to his heart.

Towards the end of his playing career, the Wales legend spent three years in Japan with Mitsubishi Dynaboars and he is now excited to see rugby take centre stage in the Land of the Rising Sun.

Alongside this, the former World Player of the Year is also looking forward to watching Wales when the tournament begins in September and he believes the current team which Warren Gatland has assembled is the strongest Welsh side he has ever seen.

Since a 37-27 loss to Ireland back in March 2018, Wales have not put a foot wrong. A successful tour in Argentina was followed by a first ever autumn international clean sweep, including an elusive victory over Australia, before Gatland’s men delivered a major statement at the beginning of this year.

After defeating world champions New Zealand, Ireland were the topic of conversation before the Six Nations but by the end of the tournament, it was Wales who had grabbed the headlines as they stormed to a Grand Slam.

“A 14-game winning streak and a Grand Slam in the Six Nations in a World Cup year is brilliant,” Williams told TRU.

“Wales have got such strength in depth. They have quality players and a great coach who is in his last couple of months with the side so they have got it all going for them at the moment.

“I have been lucky enough to play in some great squads that have won Grand Slams and big games, but we probably didn’t have the strength in depth which Wales have at the moment. Without doubt, this is probably the strongest Welsh squad I have seen in my lifetime.”

In 2015, Wales fell at the quarter-final stage of the World Cup as they narrowly lost out to South Africa at Twickenham and four years previous, Williams was part of the side which suffered heartbreak against France in the semi-finals.

With Wales currently sitting second in the world rankings, the momentum is certainly with them, but Williams wants Gatland’s side to maintain their belief if they are to mount a serious challenge in Japan.

He added: “It is great to have that momentum, but Wales do have a couple of difficult matches before the World Cup against the likes of Ireland and England. If they lose a warm-up match, does that mean they have lost all their momentum and aren’t going to win the World Cup? Does that mean it is panic stations?

“The most important thing is that they have confidence and they believe in themselves. That is what has got them to where they are at the moment.

“They know they are one of the favourites to go and win the World Cup now, so it is up to them to believe in themselves to go and do it. That is something perhaps Wales have lacked in the past, but they do seem to have it in abundance at the moment.”

?? "Coming off the back of a Grand Slam and going on a 14 game unbeaten run, people will obviously think we're one of the favourites and rightly so," Josh Adams
?? https://t.co/Nhs7keTu0e pic.twitter.com/qjEPnTEWOe

Wales’ World Cup campaign starts against Georgia on September 23rd before they face Australia, Fiji and Uruguay in Pool D of the competition.

It is a group in which Williams believes Wales ‘should come through unscathed’ as they target a safe passage to the knockout stages, but before Gatland’s side kick-off their tournament, the host nation will begin this historic edition of the World Cup.

Host cities Osaka and Kobe will stage eight games between them during the pool stages, whilst Tokyo will be the venue for the curtain rasier. On September 20th, Japan take on Russia and Williams is confident the Blossoms will have some tremendous support as rugby continues to grow in the country.

Their remarkable victory over South Africa in ‘The Miracle of Brighton’  back in 2015 thrusted Japan into the spotlight and their win against the Springboks was a catalyst for the development of the sport.

“I am lucky enough to have been associated with Japan since 2012,” Williams said. “When I first went there, rugby was quite big in universities particularly, but since returning, you can see it has grown massively over the years.

“On my first trip back, I could see straight away they had invested in coaches and foreign players which is only going to help matters in a country that wants to grow the sport.

“That came especially after they beat a former World Cup winner like South Africa in 2015 and all of sudden, there were a lot of Japanese people paying attention, questioning what this sport was that Japan were pretty good at! It was as simple as that!

Final destination for the William Webb Ellis Cup @bryanhabana_ #japan #tokyo @rugbyworldcup ???? #100days #trophytour It’s been an honour transporting you on your final leg. CEO of Japan rugby Akira Shimazu and @brett_gosper Thank you very much for your hospitality @emirates ?? @worldrugby

“This World Cup will be different to anything we have ever experienced before and it is the perfect time for them to be hosting because the sport is growing. We know the Japanese like to throw a party and I think this could certainly be one of the best World Cups we have ever seen.”

With the tournament being hosted outside a ‘Tier One’ nation for the first time, it will be a landmark couple of months in Rugby World Cup history for not only the players and coaches, but for the fans as well.

This year’s tournament provides fans with a unique chance to experience a completely different culture to past Rugby World Cups, especially in the host cities of Osaka and Kobe, and Williams has urged supporters to grasp this opportunity to visit Japan.

Williams, who scored four tries for Wales in Osaka back in 2001 added: “To go to somewhere like Japan and experience what they have to offer isn’t really the norm,” added Williams. “When you throw in a World Cup on top of everything else you can experience, it is like a once in a lifetime chance and that is what is unique about it.

“A lot of people don’t know much about Japan either. I certainly didn’t before I went there and I learnt a lot in a short space of time. It is so diverse. It is such a unique place and with the World Cup this year, what an excuse to go!

"I really can’t wait to get back out there now. I have got the best of both worlds! I am a Welsh supporter and I have confidence in a good Welsh squad going into the World Cup.

“I am also a bit biased as I have spent time in Japan and I love the Japanese people. I know they will embrace this World Cup and make it unique compared to anything else we have seen over the years. I’ll be out there from start to finish where I’ll be working and enjoying myself at the same time because we may not see a World Cup like this for a long time again!”