Marler’s return, family & being ready for a World Cup 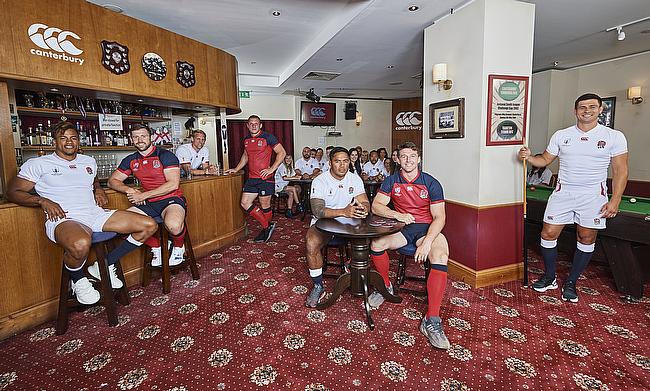 Nearly 10 months after retiring from international rugby, Joe Marler has made the decision to step back onto the international stage.

Enjoying a very impressive season of domestic rugby, many thought that the loosehead prop had capped his season off with a fine performance for the Barbarians just over a month ago.

Citing wanting to spend more time with his family, Marler’s decision to pull on a white shirt again comes just two weeks after the birth of his third child. England Head Coach, Eddie Jones, who was present for Marler’s dominant performance for the Barbarians in early June said that the prop’s return is more than welcome.

“He is one of the best props in the world, Jones said at The Japan House press conference early yesterday afternoon.

“We saw that in the third test against South Africa. He was absolutely outstanding. He played 80 minutes, which is unusual for a front-rower these days.”

And then there were 3! Felix Blue Marler ??

One of Marler’s long-time England teammates, Ben Youngs, was sympathetic with his decision to come out of the international wilderness; “I’m sure he wouldn’t have made this decision lightly, without the tools to cope, but that’s why we are team-mates. If you look at the make-up of the squad, the majority of the lads are married and have kids.

“You are not alone and some of the guys are all in the same boat. We want to create that camaraderie and unity. That definitely falls on our laps to make sure that guys are always confident to open up if they are not feeling themselves.”

Not a stranger to making big decisions himself, Youngs stepped away from the 2017 British and Irish Lions tour to New Zealand to be with his family following the news that his sister-in-law, Tiffany, had been diagnosed with terminal cancer. Since then, Tiffany has been put into remission following her four-year battle.

Family was really the order of the day in London. Manu Tuilagi, who has already been in the England camp for the past two weeks, says that things are much more different for him than they were four years ago, now that he is a parent too.

“I’ve got a little one at home and you miss them every time that you go away and I think that’s helped me as well to stay focussed and stay fit. It’s a different outlook on life now. That’s always in the back of my mind. You wake up at half six in the morning and think: what am I doing!” the Tigers man laughed.

The star power of Tuilagi was plain to see at the Canterbury Clubhouse. Sat in the centre of a courtyard, offices surrounded where the interview was taking place and at one stage nearly an entire floor of people could be seen peering out at the Samoan, who himself was surrounded by journalists.

Having had his prescribed five-week break from rugby duties, Tuilagi told the press that he had used his time off to visit family in Samoa, reminding the centre that he is representing more than one nation every time plays in an international Test.

“They were cheering me on to hopefully make it to the World Cup, that they’d be up every morning to watch, so fingers crossed. Especially in my village, they used to have my brothers that played for Samoa and they would cheer for them, but you don’t want to let them down and you want to do your best for them.”

However, there has been one player that has had to step away from international duty for personal reasons. Chris Ashton, understandably, pulled out of the England camp due to his wife, Melissa, being heavily pregnant with the couple’s second child.

With Ashton’s departure, there is now an opportunity for Olympic silver medallist, Ruaridh McConnochie, to gain a place in the World Cup squad, one year after he made the transition from sevens to play for Bath.

“The great thing for us is that we’ve ha a couple of young guys come through, who we didn’t know a lot about such as Ruaridh McConnochie and Lewis Ludlam.” Eddie Jones said. “Those X-Factor players who have come through late are an added bonus. They are like the present under the Christmas tree that you didn’t know about. That’s what makes it so exciting.”

“It's nice & quite humbling to be mentioned and you just have to wait and see, but I know it's just from a media point of view!"

The players and their coach all seemed confident. There was no shortage of bad press following England’s early exit at their home World Cup nearly four years ago, but Youngs in particular, believed that this is the best prepared World Cup team that he has been involved in.

“I’ve done two World Cups before, and I don’t think I’ll ever feel as well prepared for a World Cup as I will this time around; physically and in complete knowledge of how we want to play.

“I’ve never felt an international side like I have under Eddie, in terms of that unit, so for me, it will be a lot different and it is exciting. I think that’s why someone like Joe (Marler) has done a U-turn, because he knows, he understands that unity we have here."