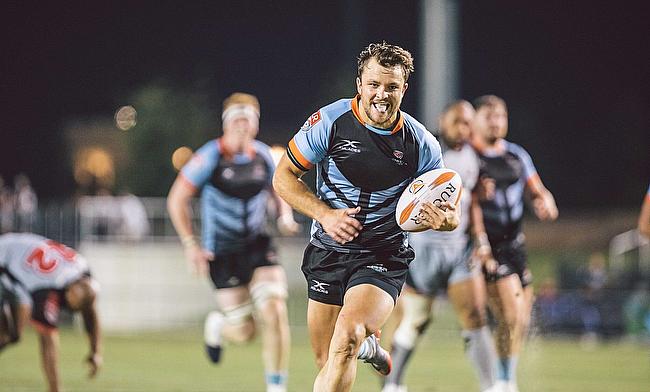 John Moonlight: 'Guys are going to realise that it takes a lot to be a professional.'
'We're looking to be the that factory of the Canadian national team' - Aaron Carpenter on the Toronto Arrows
From Aberdeen to Houston - How Kieran Farmer is enjoying life in the States
Boston the perfect fit for Leader as his MLR journey continues

“It was a great success!” began Austin Elite fullback Zinzan Elan-Puttick. We have people in the US talking about the game of rugby, which could hopefully be massive in the years to come.

“If MLR’s standard can increase, it will start getting established rugby playing nations excited as well.”

Born in South Africa, Elan-Puttick moved to the USA aged 16 before taking up American Football, a sport he would play at West Texas A&M before moving to Arkansas State to resume his rugby.

“My parents could tell that I was unhappy at West Texas A&M,” he said. “I enjoyed my time playing football, but I wanted to get back into the sport I love. So, I went on a visit to Arkansas where I committed to playing for the Red Wolves. The standard of collegiate rugby is competitive amongst the top 10 teams and we (Red Wolves) played in the conference with some of the best sides in the country.”

During his time at Arkansas, Elan-Puttick went on to become an all-American, playing for his adopted country in 2013 and 2014. A well established and thought of programme, USA Sevens captain Madison Hughes is perhaps the best-known player to have been an all-American in the past.

Following in the footsteps of the major US sports such as Basketball, Baseball and American Football, Elan-Puttick believes that rugby can use the university system in America to prepare players for Major League Rugby: “Canada has some stellar collegiate sides and if some MLR teams create partnerships with universities, then it could create a great pathway for teams in the US.”

MLR was Elan-Puttick’s first experience of professional rugby, something that the fullback says was aided by his formative years in South Africa: “I attended Grey College, where they taught us from a young age how to conduct ourselves in a professional manner.

“This has helped me approach any situation, whether it was at high school, collegiate, or the All-American level. Ultimately the transition has been challenging at times, but fun overall as it has been a dream of mine to play professional rugby.”

Coached by Alain Hyardet, who has been involved with Montpellier, Clermont, Perpignan and Beziers in the past, Austin have a strong French influence in the squad. Four of their players hail from the nation, including two who represented their country on the Grand Prix Series. Elan-Puttick believes that the European imports have been beneficial to Austin’s development as a professional outfit.

“A lot of these guys come from professional academies, which has given me a lot of opportunities to learn from them, “said Elan Puttick. “It has been a great experience for me.”

On his head coach, Elan-Puttick added: “Passion is the first word that comes to mind. I could elaborate on Alain’s coaching philosophy, but the passion he brings to the table is what stands out the most to me. He has built a culture that Austin Elite has bought into.”

Finishing fifth in their first MLR season, Austin were just four points off the playoffs. Elan-Puttick admits that things weren’t perfect: “Well, it could have gone better. We started slowly and towards the end we really became a team that people feared, especially at home. Though we did not make it to the semi-finals, it was a massive learning curve for us as a squad.”

Looking ahead to the coming season, Elan-Puttick was coy about what Austin could achieve: “I guess you’ll have to wait and see, but I think it will be a great season for us.”

Austin Elite Rugby start their MLR campaign January 26th at their new home, the Dell Diamond, in what should be a feisty Texas derby against the Houston SaberCats.