Boston the perfect fit for Leader as his MLR journey continues 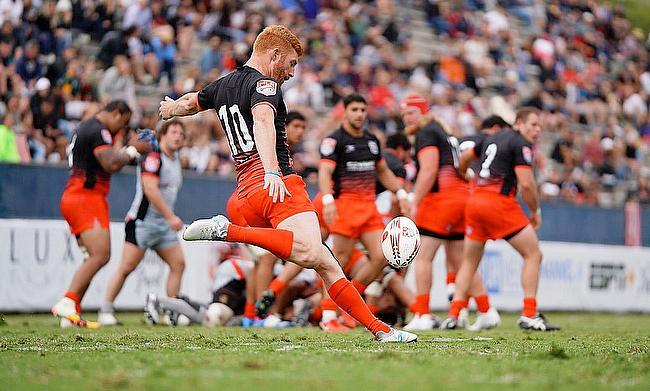 Major League Rugby has the ability to go far - Hewitt
Arnald: The project of establishing this rugby team in New York is very exciting
The sky's the limit for the MLR and new franchise Rugby United New York
Tadhg Leader on life at San Diego and the impact of Major League Rugby

Four months after his first interview with TRU, former Connacht fly-half Tadhg Leader spoke to Joe Harvey again on his recent move away from San Diego Legion, the Boston FreeJacks, USA Rugby and his car bursting into flames.

“I’ve definitely found myself walking a lot more over the last few weeks,” said Tadhg Leader with a chuckle. “When I moved out to San Diego, I parked my car at a mates house and he said he’d keep it ticking over once or twice a month for the seven months I was gone with San Diego”

“After I came back, I picked it up, drove it for maybe 20 minutes, everything was all good and then out of the blue it literally just shot into flames! I probably didn’t react for the first 15 seconds as I couldn’t comprehend what was going on. Eventually, when the flames came through I was quickly out of the car!”

That was what awaited Leader on his return to Lindenwood University after the MLR’s first season. A successful campaign for Leader’s San Diego Legion, who he captained on several occasions, saw the Californians fall to eventual champions Seattle Seawolves in the play-offs.

Recently announced as one of the Boston FreeJacks major signings as the new MLR franchise prepares to join the league in 2020, Leader is returning to an area where he already has history. Having coached at the Boston Irish Wolfhounds when first moving to the States, Leader is excited for what his future in Massachusetts holds.

Back to where the American dream started! Delighted to be moving back to Boston with @RCNewEngland . Exciting times ahead on and off the field. https://t.co/5HAh3Q56AK

“I always knew that if something was happening in Boston, I wanted to be involved as I loved my time there,” said Leader. “They were all great guys and I actually learnt a lot. Long-term, I wouldn’t necessarily have a future there.

“Moving back to Boston means I’m just five hours from Ireland and I have a lot more of a family network, so I knew it was somewhere that I’d like to settle.”

The Boston franchise is being headed up by USA Rugby stalwart Alex Magleby. With extensive experience on the USA Sevens programme, as well as in the 15-a-side game, Leader is confident that his new team will be successful.

“Knowing that Mags was going to be the head man was definitely a huge confidence booster for me making the jump to Boston, as he is a highly respected and well-educated man. So, he wouldn’t have committed to the FreeJacks unless he was very confident that it was a good place for him to be.”

Boston will be one of two east-coast sides joining the MLR in 2020. New York will be the first east coast team to join the league in this coming season and with New York and Boston having an historic rivalry, it seems that this competitiveness will be seen in the MLR soon.

“I’ve already seen the Twitter feeds and already there seems to be a healthy rivalry building between the two teams already,” said Leader. “There is a lot of good rugby on the east coast. A lot of good colleges and a lot of good people, so maybe some may have felt left out last season.

“There is actually a very good rugby community in Boston. They are really knowledgeable people so we’re hoping that they will get behind the team. If we get good support like I did in San Diego, it really works wonders for the guys on the field.”

Not joining the MLR until 2020, the FreeJacks will play an exhibition season in 2019, before training and playing with local clubs in the Boston area. This is not dissimilar to what New York did last season, or in fact the Ontario Blues who anticipate joining the league for the 2019 season.

Boston played a fixture two weekends ago against Ontario, losing heavily 14-40, but Leader was impressed by the Canadian opposition that he faced that day, “It was good to see Ontario as well. They look quite a decent team and I think they will do well.”

After very good personal performances for San Diego, Leader was picked to represent the USA Selects in the Americas Pacific Challenge. However, due to issues with his paperwork, Leader wasn’t allowed to join his teammates in the tournament.

“It was a kick in the teeth to be sure. When I set out all my goals at the start of the MLR season, I knew the Selects tour was the best opportunity to put on a US jersey and then put my hand up for the November tour. Just paperwork issues that are still ongoing, so until further notice I can’t put on the US jersey.”

Leader has seen some of his San Diego teammates move to Europe to ply their trade after the first season of the MLR with possibly the most notable name being former Cardiff Blues and Northampton back-row Cam Dolan. A USA international himself, he has been pulling up trees in the Championship with third-place Nottingham.

“There’s no real surprise to see Cam doing what he’s doing in the Championship,” added Leader. I think the MLR got a lot of respect and in the past, Europeans weren’t necessarily giving American rugby the respect it deserves.”

“Off the back of the MLR I think perception is changing. Teams abroad are looking at guys as viable options for the first team straight away, rather than taking a punt on a guy, which may have been the case in the past.”

“There is hopefully going to be more of it as the MLR grows. But as it does grow, ideally less and less guys will be looking for an opportunity abroad and will be happy to stay in the States and grow the game here. That’s certainly my intention.”