How England’s past Calcutta Cup experiences have seen them through 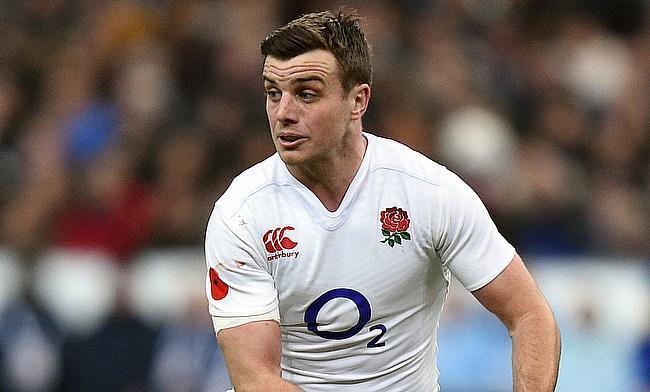 George Ford made his England debut in 2014
©PA

Match Centre: Scarlets 25-52 Leinster
Jamie George on time off and building a culture ahead of the Six Nations
Billy Vunipola: Everybody want to be on that Lions tour
Can some of England’s Red Roses target double glory in 2021?

George Ford played a major part in one of the most infamous Calcutta Cup games in recent memory.

In the final match of the 2019 tournament, Scotland had made the trip to Twickenham. Holders of the Calcutta Cup due to their incredible 25-13 win in 2018 at Murrayfield, by half-time the following year, it seemed as though England would be regaining the trophy.

Leading 31-7, Eddie Jones' charges would concede 31 unanswered points in the second half. Darcy Graham would cross the whitewash twice, whilst Magnus Bradbury, Finn Russell and Sam Johnson all added their efforts to the cause.

It had been another disappointing year for England. Starting their season with impressive wins over Ireland and France, it was their trip to Cardiff that unravelled their hopes of a third championship in the space of four years.

Within minutes of stepping onto the pitch, Ford was powerless to stop Scotland going ahead thanks to Johnson’s try. Put through by a flat Russell pass, the Leicester Tiger was hanging on to Johnson’s waist as he crashed over.

England would then camp in the Scotland 22, the clock ticking well into the red before Ford spotted a gap between Russell and Johnson in order to glide in under the crossbar. Converting his own try to equalise the game, for neutrals, it was the perfect way to bring the curtain down on the Six Nations and the correct place to leave a bookmark on international rugby before preparations for the World Cup would begin.

International rugby in the northern hemisphere will be back next weekend with the Six Nations returning.

In a @lionsofficial year, England number eight, Billy Vunipola, discussed his intention to make it on that plane.

“I just think it can show how momentum can shift so quickly and aggressively in a Test match,” Ford said when asked about that game. “Obviously, we built a really good lead, and we were probably a little bit inaccurate, a little bit sloppy and not quite at it second half.

“It just shows that these teams are more than good enough to go and do that if you don’t look after your own game. It is one thing after the other and it is momentum and sometimes you give a team that many things to go after and that many opportunities, it is a difficult thing to do, to try and stop it.

“It just shows that sometimes if you do make an error and momentum shifts in a Test match, it shows how important it is to try and get that back as quickly as possible and not in a desperate way either. Just to do the right thing and do the composed thing as well, because when I came onto the field, we conceded the try to go behind and we have five minutes left to get one back.

“So, in terms of a challenge and being under the most intense heat, it was great for us really going through an experience like that.”

Experiences in games like the 38-38 draw that has served England well in recent times. Perhaps the only occasions they have faltered since that day at Twickenham is the World Cup final loss to South Africa and their 2020 Six Nations defeat against France.

But since that setback in Paris, Ford and his England teammates haven’t been on the wrong side of a scoreline. As a result of this, Jones' side have gone to the very top of everybody’s hit list.

???"I think it has been great for our bodies to rest up a little bit."

Having not played since the @autumnnations Final in December, @J_George2 explains why he has enjoyed the time off as @EnglandRugby prepare to win a fourth Six Nations in six years.https://t.co/yr1acIyTfE pic.twitter.com/cKQ35BULkF

Securing the 2020 title behind closed doors, before playing the Autumn Nations Cup in much the same way, it seems incredibly likely that the entirety of this year’s Six Nations will be carried out without fans.

Since sport returned in all formats following various global lockdowns and Covid-19 restrictions, watching games at empty stadiums still feels alien. For players, it has become an enforced normality to adjust to.

This has also led to a statistical advantage for sides away from home. According to a PA report in early January, home teams in the Premier League (football) have won just 37.2% of league games, a significant decrease from 45.3% the previous season.

“I think if you ask any team playing at home if they want a stadium packed out with home fans, of course they would,” Ford said. “It is the same with us at Twickenham. We miss the fans massively and we can’t wait to get everyone back in there.

“We have been playing under these conditions for the best part of a year now, so we understand what it is like, the experiences like playing away, playing at home with a lack of atmosphere.

“It’ll be no different this Six Nations I don’t think.”