How are the Welsh regions faring in the Pro14? 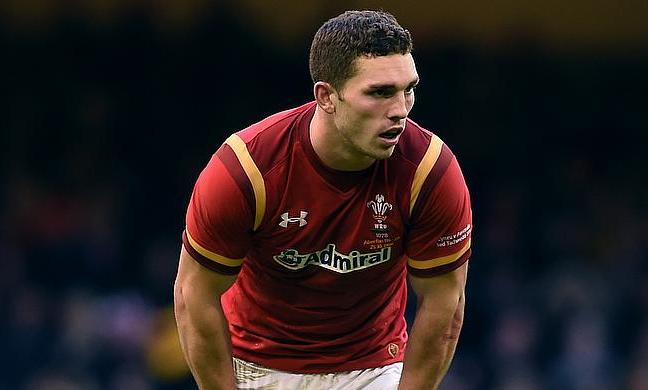 Contributor Rhiannon Garth Jones takes a look at the state of play in Wales, from best to worst, after the opening weeks of the Pro14 season.

We’re three rounds into the Pro14 and there has already been plenty of drama for the Welsh regions.

With last minute losses and victories, injury concerns, new styles and sensational tries, there’s plenty to consider for fans of each team.

Ulster away and Leinster, even at home, are a tough opening to the season, especially when followed by a Benetton team who have clearly built on their impressive progress last season. 10 points is a decent return from those opening fixtures. There are fewer and fewer easy games in the Pro14 so Scarlets will be reasonably satisfied with their start.

They began the season with 15 on the injury list, including many of their internationals, so those results will give coach Wayne Pivac reason to believe he has strengthened his squad well.

Their physicality against Leinster. It was conspicuously absent in the two knockout games against the same team last season, but Scarlets fronted up in Round Two. Ed Kennedy, Jake Ball, Phil Price, and Blade Thomson all brought some much-needed edge. It looks like they might finally have a Plan B.

In terms of the new players, Sam Hidalgo-Clyne looks handy, especially with his ability to stand in at 10, and Clayton Blommetjies had a promising debut. Thomson is an excellent addition to the pack and Kieron Fonotia looks delighted with his new team’s style of play. Strength in depth has definitely improved.

That said, the current injury list would make anyone wince. For every player that returns, another seems to take his place in the injury room. Dan Jones and James Davies both limped off in the last game, meaning Scarlets could be without a specialist fly half as well as carrying five injuries in the back row.

In addition, their discipline was poor against Ulster, throwing the game away at the end, and they were unusually sloppy against Benetton. If they had not been down to 14 men for more than 40 mins, Benetton might have caused an upset. There’s plenty to work on in training.

Connacht away and Kings at home. Both winnable, although Connacht could be tricky.

Ospreys had a dream start, with new signings George North and Scott Williams revitalising a team that has struggled with its attack over the past 18 months. Both Edinburgh and Cheetahs made the playoffs last year so fans can be happy with those victories.

The second string team they sent to Munster in Round Three, however, was predictably hammered. New coach Allan Clarke took full responsibility for the loss, but he will need to pull off wins in the next two rounds to justify the embarrassment.

Clarke has shown himself to be an intelligent thinker, with a creative suggestion adapted from rugby league to open up space on the rugby field. He seems to have had a positive influence in the team as well. In the first two rounds, Ospreys’ Welsh internationals played with a freedom and verve they lacked last season.

In addition, Cheetahs look much weaker than in their first campaign and Blues have started poorly, putting Ospreys in prime position to claim the third playoff spot in Conference A.

The team that Ospreys sent to Munster in Round Three was noticeably weak. There has been much discussion already this season about teams sending weakened squads to away fixtures but, when Leinster do it, they usually win. This team never had a chance. The best teams in the Pro14 – Leinster, Scarlets, Munster, Glasgow – put out much stronger teams than this when they are shorn of their internationals. Strength in depth is a real issue.

Benetton at home followed by Zebre away. Both are winnable games although their Welsh rivals have worked hard to prove otherwise so far this season.

Last season was another frustrating one for Dragons’ fans but, after their recruitment spree this summer, hopes were raised. However, the began on a negative note in Round One. The scoreline was clos, but Benetton never really looked in danger of losing.

They made tough work of their first home win against the Kings (one of only two fixtures they won last season) in Round Two and, while most teams lose away at Leinster, the 52-10 scoreline will have made many fans wince. However, there are 18 games left in which to improve last season’s tally of two wins. Plus, there was that try from Jordan Williams.

The squad really is so much better than it has been for years. In addition to some much-needed flair and their existing young talent, they have added some experience and a physical edge to the pack. It might not be showing yet, but it was always going to be a hard task to get the team up to scratch after such a long period of stagnation.

It can’t get much worse than last season. There is so much talent in the Dragons’ squad – surely this season is the time for Ollie Griffiths, Aaron Wainwright, Jack Dixon, Tyler Morgan, et al to really shine?

History is not on Dragons’ side. Last season started out full of hope as well, as Bernard Jackman inspired optimism with his openness to social media and promising early results, but things tailed off quickly and injuries took their toll.

Moreover, the other teams in the league are improving too, as Dragons found out against Benetton. Zebre came back from a 21-point deficit against Blues in Round Three, a result that would have been unthinkable a few seasons ago. Edinburgh are now a very tough proposition, their poor start to this season aside. Ulster look like they have put the difficulties of last season behind them. Improvement in performances is all very well but results will be hard to come by if they can’t keep pace with the rest of the league.

Zebre at home and Glasgow away. They really need to win the first one if they want to kick on from last season. The Glasgow game will almost certainly prove too much but could be an opportunity for the younger players to learn, if the right squad is selected.

While they aren’t the only ones to have let the result of the match be decided in the closing minutes, Blues have certainly been the worst offenders. They’ve lost three on the bounce now, all at the death. Each time, they threw away a lead that should have been enough.

Leinster are the toughest side to beat in the league, but they played a second-string team and Blues were at home. Benetton are hugely improved these days and a tough team for anyone to beat but, again, Blues were at home. Zebre have also come on a long way but they are not yet as tough as their Italian compatriots. Blues should be winning these games.

They have four bonus points. On the other hand, only one is for tries scored. The other three are a “consolation” for the nine points they’ve thrown away. It probably can’t get much worse, though.

Also, like all the Welsh regions, they strengthened over the summer. Samu Manoa and Dmitri Arhip are particularly welcome additions that should help them solve some of the problems they’ve had up front.

Their defence has been porous, the attack has lacked creativity, and their discipline is costing them games. What else is there to say? Bilbao feels a long way off.

Munster and Cheetahs at home. Two tricky opponents for a team desperate for a win. The immediate future does not look rosy for Blues’ fans.

All the Welsh regions suffer from a familiar problem: a lack of cash. There’s plenty of talent in the squads and the coaching teams but until they can afford the depth of the Irish provinces, never mind the English and French teams, they will struggle to compete.

On the plus side, the new development system seems a very positive move. The WRU’s move to reduce funding for the Welsh Premiership and reallocate the money to the new A-teams has proved controversial in some quarters.

However, first impressions suggest it is a good move. The standard of teams being put out has been noticeably high at times and has already produced some good results. It is surely better for young players to be starting in teams alongside the senior pros they can expect to line up with in the future because it allows them to familiarise themselves with their regions’ players and playing styles, as well as raising standards.

?? HIGHLIGHTS | Watch all the home tries - including this special effort from @JaredRosser - as @dragonsrugby A defeat @connachtrugby Eagles in the Celtic Cup at Ystrad Mynach... ??

In all, it’s been a mixed bag so far for the Welsh regions. In the short-term, not much can be done about the funding issue (although the new Scarlets’ strip demonstrates they are willing to explore their options). But good coaching and judicious balancing of squads can certainly help, as Scarlets have shown over the past two years. Moreover, if the regions invest in the A-team system and enable it to flourish, they could reap the benefits by the end of the season.

There are more reasons for hope than despair, however. If teams and coaches can learn from the mistakes made so far and adjust accordingly, it’s possible that all four regions could improve on last year’s showing. If they do, Welsh international rugby will also benefit – perfectly timed for the 2019 Rugby World Cup.