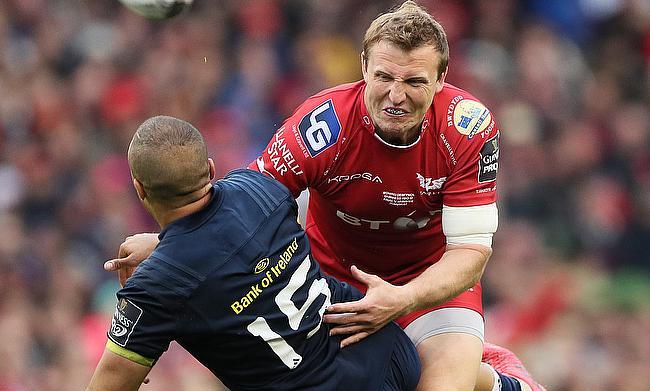 Scarlets had a successful season in 2017/18, but can they improve this year?
©PA

Rhiannon Garth Jones assesses how Scarlets did last season, what should they expect this year and the future without Pivac.

What matters more, Europe or the league?

Your answer to that question probably determines how you feel about Scarlets last season. No, they didn’t win another trophy and no, they didn’t quite reach the gorgeous playing heights of that memorable run to the Pro12 title in 2017 (although they had their moments).

But they topped their group in the Champions Cup after a shaky start, comfortably overcame a strong looking La Rochelle in the quarter-finals, and made it to the semi-finals for the first time since 2007. In both Europe and the Pro14, they were only overcome by a truly excellent Leinster team.

They also provided a lot more internationals to the Wales team than they had done for a while and, at times, it showed. Pivac made clear, whenever he was asked about transfers, that he was looking at non-Wales Qualified players to ease the burden on the squad. James Davies has repeatedly proved how comfortable he is deputising on the wing in big games, but it would be nice for Pivac not to have to rely on him doing so.

Given Leinster’s excellence, the necessity of fighting on two fronts for the whole season, and the loss of 13 players to the Wales squad, it’s fair to say that Scarlets had a decent season. And they did it while sticking to their thrilling playing style – even after receiving a lesson wet weather play by their former fly half, Rhys Priestland, against Bath in the Champions Cup.

Lesser teams might have lost their nerve and shifted their approach, especially with the metronomic Leigh Halfpenny available, but not Scarlets. They came back with a performance for the ages in the second leg at Bath, in what was effectively a knockout game, winning over any neutrals who weren’t already admirers.

Over the summer, Pivac was rewarded for the progress Scarlets have made under him, both in style and substance, with the job of Warren Gatland’s successor as Head Coach of Wales when he steps down after the Rugby World Cup 2019. So, in his last season, what can Scarlets fans look forward to?

John Barclay has done sterling work at Scarlets, earning himself the Scottish captaincy and the devotion of the Parc Y Scarlets faithful, who spent the last few home fixtures serenading him with “Flower of Scotland”.

But there have been times when the lack of ball-carrying 8 has been noticeable, particularly in both those Leinster games, and the signing of Uzair Cassiem will have lifted the hearts of many fans. The Springbok no 8 has the skill-set to fit in with his new team’s all-court style but he relishes the hard yards of carrying too.

?? "You get a really good chance to express yourself and be the player you want to be," @FonotiaKieron on life at the Scarlets.
We'll share the full interview with you tomorrow!

There probably aren’t many who were glad to see the back of Scott Williams and Aled Davies, especially to their rivals across the Loughor Bridge. Nor will anyone have been thrilled to see the back of Tadhg Beirne, although his international aspirations were completely understandable.

But the arrivals of Kieron Fonotia, Sam Hidalgo-Clyne, and Blade Thomson to replace them, along with Clayton Blommetjies, Kieran Hardy, Angus O’Brien, and Ed Kennedy, as well as the aforementioned Uzair Cassiem will seriously soften the blow, adding depth to the squad and, specifically, reducing their exposure to international windows. Previous Pivac signings have included Beirne, Johnny McNichol, Hadleigh Parkes, and Rhys Patchell – so there’s plenty of reason to be excited. Thomson, in particular, looks very promising.

In Europe, Saracens showed last season that nobody’s squad, however star-studded, is immune to major injury crises. But it doesn’t seem likely that they, Leinster, and whichever big-spending French team takes your fancy this season (my bet is Racing 92), will all fall prey to an injury crisis this time around. Scarlets should aim for the final but the semi-final for the second year in a row would be no disgrace.

The Pro14 came on leaps and bounds last season, with Edinburgh, Benetton, and Zebre all making huge improvements, and the Cheetahs proving an exciting new addition. But, if Leinster stumble before the finish line, Scarlets seem the most likely team to benefit. The question is, can they provide the stumbling block themselves, as they did so impressively two seasons ago?