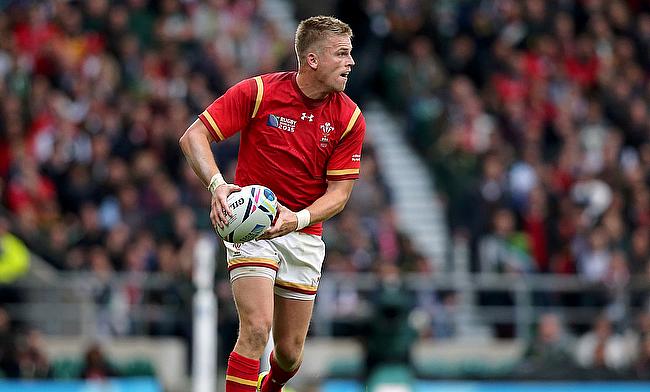 Cardiff Blues made an incredible comeback in the second half as they came from behind to edge out Gloucester Rugby 31-30 in the final of the European Rugby Challenge Cup at San Mames Stadium.

This is second Challenge Cup victory for the Blues, who are also the only Welsh region to have clinched a European trophy and also it was a perfect send-off for head coach Danny Wilson before he switches to Wasps next season.

Gloucester had complete control until half time when they maintained a 6-20 lead but now have lost their second successive final in the European Challenge Cup after they were defeated by Stade Francais last season.

Jarrod Evans started the proceedings with a fifth minute penalty goal but Gloucester responded back when Henry Trinder grabbed a cross-field kick from Billy Burns to crash in the corner. Billy Twelvetrees slotted the extras to make it 3-7 following which he and Evans traded penalties.

At the stroke of half time, Mark Atkinson dotted down after Twelvetrees and Trinder breached the defence of the Blues. Twelvetrees also kicked a penalty goal and a conversion which meant Gloucester headed into the break with a 6-20 lead.

A better intent from Blues at the start of the second half when Tomos Williams capitalise on a chip kick from Gareth Anscombe and Evans kicked a conversion and a penalty goal to reduce the gap to 16-20. Evans played a pivotal role in setting up Blues' second try this time replacement Garyn Smith making full use of it to put them into a 23-20 lead.

The lead though was short lived as James Hanson dived at the back of a driving maul and a conversion from Twelvetrees made it 23-27 and another penalty goal from the centre saw them stretch the lead to 23-30 with 17 minutes to go in the game.

This is when the game took a turn when Lewis Ludlow was sin-binned in the 74th minute and Cardiff made full use of the numerical advantage and Blaine Scully crashed in the corner to make it 28-30. Anscombe missed out on a vital conversion but with less than two minutes left in the game, he kicked a penalty goal to complete a 31-30 victory.

Cardiff Blues head coach Wilson was delighted with the result and credited the team for the turnaround in the second half.

"It's a fantastic feeling. For this group over a three-year period to go through the ups and downs we've gone through and to finish it off in the style we have to win some silverware is fantastic and something I'll always remember.

"We just didn't look like ourselves first half - as we said then, we didn't fire any shots.

"We weren't defending or attacking like us so we decided to play from deeper. That paid off and defensively we made lower tackles to get our jacklers in the game."