Pro14: Six players to look out for 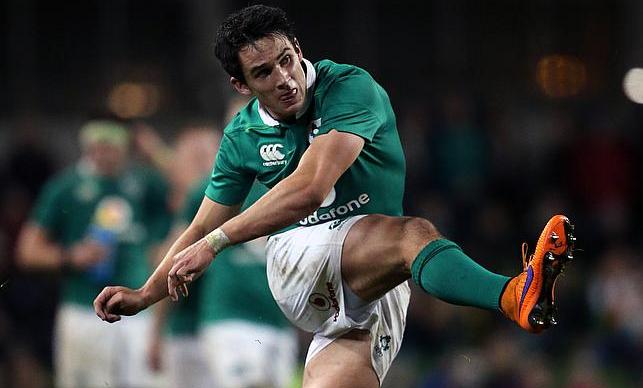 Joe Carbery has moved to Munster as he looks to nail down the No.10 shirt
©PA

With just over two weeks to until the start of the new Pro 14 season, Rhiannon Garth Jones takes her pick of six players who could shine in the 2018/19 campaign.

Last season, the Pro14 asserted itself as a powerhouse in Northern Hemisphere rugby, providing three of the four semi-finalists in the Champions Cup and making up the top three places in the Six Nations.

Players such as Dan Leavy, Rhys Patchell, Jacob Stockdale, and Finn Russell lit up the season for club and country, often putting their wealthier counterparts in the Top 14 and English Premiership in the shade.

So who are the players to watch this season?

Hardly an unknown, having made his debut as a 59th minute-substitute in Ireland’s famous win over the All Blacks in 2016, but Carbery played most of last season at 15 rather than his preferred position of 10. His move to Munster proved slightly controversial, particularly among Leinster fans, but the opportunity to get experience in the box seat was too much to turn down. He needs a big season now and he certainly has the talent. Does he have the game management skills? Munster, who have struggled to find a steady 10 since Ronan O’Gara, will be hoping so.

Benetton’s improvement last season was marked, more than doubling their win percentage and putting in a decent showing in Europe. Negri’s muscular performances at flanker were a big part of the reason for that and he showed up well in the Six Nations too, providing much of the “valiant” in Italy’s valiant defeats. He also carries well, tackles well, and beats defenders like an inside centre. Benetton are playing in the Challenge Cup this season and could be a dark horse for the semi-finals. If they are, you can bet Negri will have been playing a starring role.

Stuart Hogg isn’t the only speedster thrilling Scottish rugby fans from full-back anymore. Under Richard Cockerill last season, Kinghorn seemed to have eradicated the silly mistakes that had previously looked like preventing him from fulfilling his potential and was rewarded with five international caps and two tries. Unsurprisingly, Edinburgh under Cockerill are a much tougher proposition than they have been for a few years but they have some flair too and Kinghorn is a big part of that. If he wants to cement his place in a flair-filled Scotland team, he will need to kick on this season.

Co-captained Wales’ summer tour and came away with one MOTM award and a garland of plaudits, before being made official captain of the Cardiff Blues. Jenkins has long been discussed as a successor to Sam Warburton, both for Blues and Wales. The 25-year old flanker was outstanding as Blues won the Challenge Cup last season and his versatility across the back row, as well as his calm leadership, will provide some comfort to fans (of both Blues and Wales) disappointed by Warburton’s early retirement. With a new coaching team this season, Blues will need Jenkins to be at his very best to get off to a good start.

The Ireland captain tops the tackle chart (74) and leads the way for offloads (13).

The No 8’s all-round game is superb. Leinster have another gem on their hands.

If there’s any team in the world that doesn’t need more outstandingly talented back row players, it’s probably Leinster. But here they go, pulling another one off the production line in the wake of Jordi Murphy’s departure to Ulster. Doris has a lot of experience with the Irish U20s, having started playing for them at 18, and he captained them to the Junior World Championship this summer. The number 8 made his debut for Leinster last season and it is hoped he will provide competition for Jack Conan and Max Deegan this year (themselves not so long off the prediction line). Expect him to get his chance during the international windows.

Probably not the first time he has appeared on a “ones to watch” list, having lit up the U20s Junior World Championship in 2013 and been taken on a Wales tour in 2014, but Williams found his career stalling after that, struggling to get a game at the Scarlets and taking a year out in the sevens game. He got a fresh start at Bristol and has now returned to Wales as part of Bernard Jackman’s new look Dragons team. Williams is the type of back that the Welsh rugby watching public dream of: fast, twinkle-toed, and inspiring. The Dragons have a lot of players who could break through this season, but he will probably be the most exciting to watch.