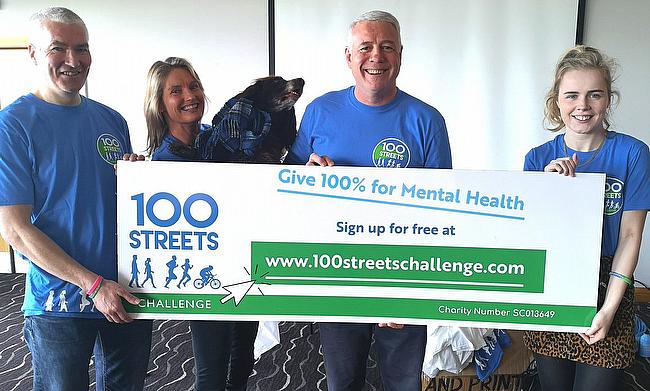 Pete Horne and Sam Johnson should be the men picked at 12 and 13 for Scotland this weekend as Gregor Townsend’s men aim to cause a Guinness Six Nations upset against Wales, according to former centre Scott Hastings.

With the lacklustre Scots having lost out in round three to France in Paris just a few hours before Wales defeated England in Cardiff, Warren Gatland’s men will start the BT Murrayfield meeting as the firm favourites in most people’s eyes on Saturday.

And if the Scots are to become the first team to defeat Wales this year then Hastings, who won seven of the 11 Tests he played against them between 1986 and 1997, thinks that the centre pairing should be Glasgow Warriors’ Pete Horne and Sam Johnson.

In Paris, 29-year-old Horne started at stand-off and Johnson, 25, was at inside centre with Nick Grigg outside him.

However, with Finn Russell having recovered from his head knock and likely to be wearing 10 against the Welsh, 65-times capped Hastings feels that Horne and Johnson is “the best partnership at the moment” in his old position.

“It’s tough, for me, there’s not an anchor point in the centre, and when you lose the likes of Duncan Taylor, Alex Dunbar, Huw Jones and Mark Bennett, well those guys have a little bit of X factor,” Hastings told TRU.

“That outside centre position is so crucial, not only in terms of distributing to the back three, but also providing some solidity in the middle. Nick Grigg struggled with that intensity against France and we all know that Sam Johnson is good and could do that role.

“Does Gregor now put Horne back at 12? I think we’ve seen that Pete Horne is better at 12 than commanding a game at 10, so that’s a given. So, it’s whether Johnston then moves to the outside slot. I would probably go for that.

“Horne has won 40 caps for his country so there is some class about him and Johnson is a good ball player.”

How hard will it be for Johnson to adapt to a different role in just his fourth Test?

“Playing at 13 is hard,” Hastings stated.

“There’s less time on the ball as a 13, I think. At 12 you can play with a little bit of space and pull back passes, but at 13 I feel as though you’re always hitting the gain line.

“So whatever happens, he has to carry the ball well, but also it has to be solid in the midfield because Gatland’s Wales are well coached and well driven, and Scotland have been out thought over the last few years by Gatland’s tactical master plan.”

Hastings does admit that Townsend’s men are the underdogs going into the encounter, but believes there is still a “sting in the tail to come” in this year’s competition.

Scotland defeated the Welsh at the same ground two years ago and before the recent Irish loss, their recent home form was superb.

“I think if you look at the form book then a Wales win looks likely, but when I was a player, I never thought that [the opposition were favourites] and this championship still has a sting in the tail and it is up to Scotland to create that sting,” 54-year-old Hastings said.

“We only have to turn the clock back 12 months to remember Scotland’s last big win in the Six Nations at Murrayfield against England when they produced a monumental performance on the day.

“They can do that again on Saturday, but they have to improve, Scotland have just misfired so far. I don’t think there’s been an intensity to their game.

“They could fizzle out of this championship by getting well beaten over the next two games [England follows Wales on March 16], or stand up and say ‘let’s have a performance’.”

Meanwhile, with Stuart Hogg having been officially ruled out of the match through injury on Monday, Blair Kinghorn will start at full-back again - and Hastings is looking for a big performance from the 22-year-old Edinburgh Rugby man.

He explained: “Kinghorn is key for me, he needs a man of the match performance against Wales. I’d say to him ‘give it a go lad’, he is a great player and he has his opportunity.

“We need Kinghorn, Sean Maitland and Tommy Seymour to get their hands on the ball. Seymour can hit short lines off Russell while Maitland has got a bit of class about him and they all have a big part to play at the weekend if we are to get a positive result."

Hastings and his wife Jenny are ambassadors for Support in Mind Scotland, and for the past three years have used their own personal mental health experiences to inspire others to sign up to the charity’s flagship campaign, the 100 Streets Challenge.

This year the Hastings have been joined by track star Lyle as they encourage participants to get creative by devising their own route before walking, running or cycling 100 streets in their community, any time between April 1 and World Mental Health Day on October 10.

It is free to take part in Support in Mind Scotland’s 100 Streets Challenge. Sign-up now at www.100streetschallenge.com/registration