Defeat to France has 'left fans north of the border worried' 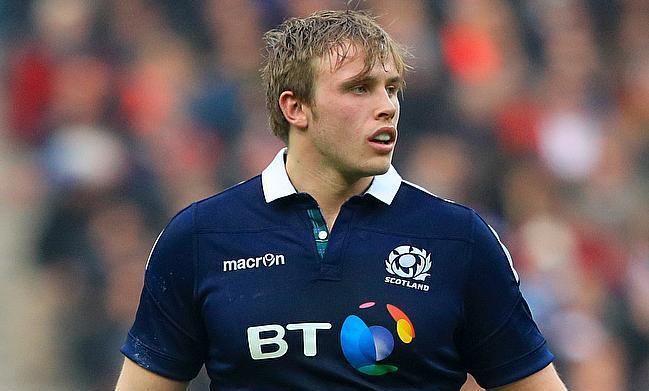 France register first win in Six Nations 2019 after beating Scotland 27-10
Logan puts faith in back three as Scotland look for first Paris victory since 1999
Scotland lose Finn Russell to injury ahead of France clash
‘Scotland were disappointed, but 40 minutes does not make a team poor overnight’

The last time I wrote for TRU about Scotland, I stated that the team should not be scared of going to Paris and that playing in France does not now hold the fear that it once did…

Well those words came back to bite me last weekend as Gregor Townsend’s men put in a poor display to lose quite convincingly to a fairly fired-up French side.

That defeat, leaving Scotland with one win and two losses and still with tough matches against Wales and England to come in the Guinness Six Nations, has left many fans north of the border worried about rounds four and five.

First up in round four is unbeaten Wales at BT Murrayfield on Saturday, March 9, so what are some of the key points surrounding Scotland just over a week away from the big game against Warren Gatland’s men?

The 27-year-old back-row has been out since January 18 with a fractured hand suffered against Montpellier in the Heineken Champions Cup pool match for club side Edinburgh Rugby.

? Blain in line for competitive debut
?? Watson and Nel return from injury
?????????????? Dean and Pyrgos back from Scotland duty

He has been named in the Edinburgh starting XV for the trip to Benetton on Saturday in the Guinness PRO14 and, should he come through that one, he has to wear seven against Wales.

The Wales back-row are so good at the breakdown and it would seem the only way Scotland will get parity in that area is if Watson is involved.

In the last home game against Ireland, D’Arcy Rae earned his first cap off the bench as the Scotland tighthead prop cupboard began to look pretty bare.

Glasgow Warriors’ Fagerson returned from injury to play off the bench in Paris while Nel is back for Edinburgh this weekend in Italy after a calf issue.

If Nel can come through 50 or 60 minutes in Treviso and Fagerson goes well against Zebre, then it would seem like they will be the two tightheads in Townsend’s 23 man squad in eight days time.

The Welsh pride themselves on the scrum, but so does likely starter Nel and it could be tasty up front!

The midfield - stand-off Pete Horne, inside centre Sam Johnson and outside centre Nick Grigg - did not really fire in Paris.

If he gets game time tomorrow for Racing 92 then Finn Russell, fast becoming Scotland’s key man, will start at 10 when Wales come to town, but it will be interesting to see what centre pairing Townsend goes for.

Johnson has been solid in his first three caps and deserves another chance, but could we perhaps see a recall for Newcastle Falcons Chris Harris at 13 or could an outsider like the uncapped James Johnstone come into the mix to give the attack a bit of bite?

Tommy looking to rock on for his 50th cap

Seymour could earn his 50th cap in this one and the winger is determined that the team will improve post-Paris.

After the French defeat the 30-year-old said:“I’m just ridiculously disappointed, to be honest, there is a frustration amongst the squad definitely.

Scots not back to Ground Zero after Paris, says Tommy Seymour https://t.co/OEfW2ge1Nn pic.twitter.com/fOsPWqqzdV

“I wouldn’t be as harsh as to say we’re back to ground zero. We’re frustrated on the basis that we have made progress, but ultimately haven’t managed to get the results of late.

“I just think we’ve got to be better.”

Two years ago at Murrayfield, Scotland defeated Wales in the Six Nations for the first time since 2007.

For all their superior physicality in the first half, Wales led by only 13-9 at the break.

Scotland were dominant in the second 40 minutes with Tommy Seymour and Tim Visser crossing the line and stand-off Finn Russell kicking 19 points with the boot.

Wales will head up the road as firm favourites this time, but there is no doubt in my mind that at home, they can still push anyone and the Scots have to play on the nerves that may be in the visiting camp with the Grand Slam on their minds.

Although some people in Scotland cannot see anything other than a Welsh win you have to remember that before the Ireland loss, Scotland’s home form was superb since 2016.

The wounded thistle against the confident dragon - this game could be a cracker.