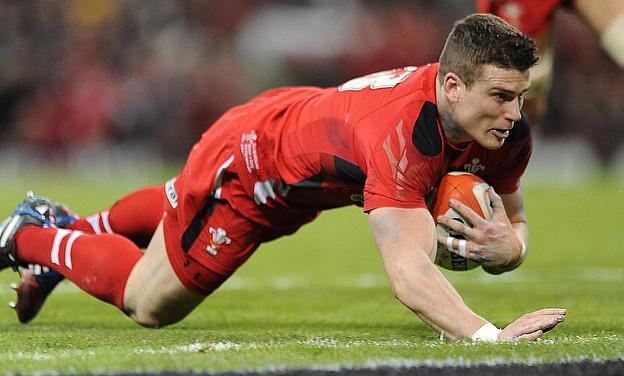 Wales launched their bid for an historic RBS 6 Nations title hat-trick in unconvincing fashion as underdogs Italy made them scrap every inch of the way to a 23-15 victory at the Millennium Stadium.

Wales' triumph will not set alarm bells ringing in the Ireland camp ahead of next Saturday's eagerly-awaited Dublin clash.

It was a scrappy disjointed effort by the reigning Six Nations champions after they failed to increase the tempo at any point against battling opponents.

Campagnaro proved the game's dominant attacking force, and if Italy had shown a little more composure at key times then they could have left Cardiff with a famous victory.

It was Wales' seventh successive win against the Azzurri, but that statistic should not be allowed to cover up a performance that never moved out of third gear and meant they failed abysmally to make the opening weekend statement they would have wanted.

And the Azzurri were rocked by a fourth-minute Wales try following some nightmarish defending by debutant wing Angelo Esposito.

Priestland's kick into the Italian 22 should have been collected, but Esposito made a hash of it and Cuthbert pounced for his 10th try in 20 Tests before Halfpenny successfully landed the touchline conversion.

Wales had been determined to make a flying start after a first-half no-show against opening Six Nations opponents Ireland last season, and they almost scored again when George North was narrowly denied following a kick and chase from inside his own half.

Italy needed a settling score, and it arrived through Allan's 13th-minute penalty from close range after Wales flanker Dan Lydiate infringed, yet the home side looked dangerous every time they shipped possession side.

An angled Halfpenny penalty 12 minutes before half-time took his team into double figures, but Italy kept plugging away and they went close to a 35th-minute try when Parisse tangled with North, but the Stade Francais number eight knocked on before crossing Wales' line.

And the Welsh response was emphatic, as centre Jamie Roberts carved open Italy's defence before his inside pass was collected by midfield partner Williams for a high-class try that Halfpenny converted to post a 14-point interval lead.

Italy stunned Wales at the start of the second period when they scored a breakaway try after stealing possession just outside their own 22.

Campagnaro and wing Leonardo Sarto combined confidently, before Treviso prospect Campagnaro showed a blistering turn of pace by winning the race following his kick ahead to haul Italy back in contention.

Allan missed the conversion before Halfpenny registered an uncharacteristic penalty miss, meaning Wales could not relax in a game they might have thought was wrapped up after 40 minutes.

A second Halfpenny penalty extended Wales' lead after 67 minutes, by which time Warburton had taken the field as replacement for Lydiate, but yet again the visitors hit back.

And it was Campagnaro who again breached Wales' defence, intercepting Halfpenny's pass to Roberts before sprinting away for a try that Allan converted.

Italy were back in the hunt at 20-15 adrift, and Wales needed to finish strongly following a second-half performance that will have frustrated head coach Warren Gatland.

Halfpenny's third successful penalty sealed the deal, but they will require a vast improvement next weekend.