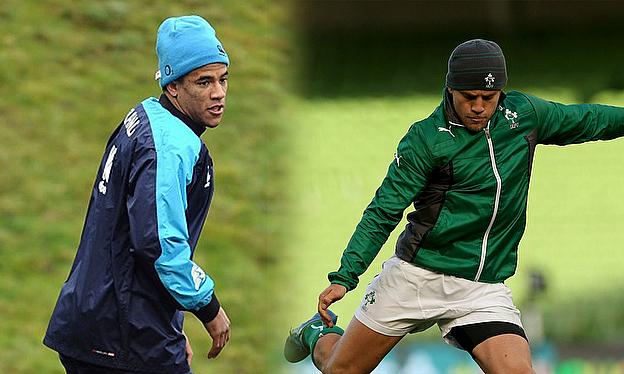 Reading down the England Saxons team sheet before Saturday’s fixture against the Ireland Wolfhounds, it was difficult not to get excited about what could happen out there on the pitch.

Whilst previous caps were few, and the vast array of talent meant that expectations were high – a huge performance was expected. Sadly, on Saturday night and Kingsholm’s rain-sodden pitch, individuals stuttered and the collective team performance fell a little short.

Looking back at the match from an Irish perspective the Wolfhounds’ will be pleased: their experience showed as they circumnavigated their way through a lack of possession and the less than ideal conditions, to come away with the win… Up front they were organised and the strength of their defensive line ultimately won them the game. Whilst the man of the match was awarded to Isaac Boss, his half-back partner, Ian Madigan was the true linchpin that facilitated the victory and this will be pleasing for Ireland coach Joe Schmidt.

Moving back to the Saxons, frankly, the less said about the first half the better. England lacked precision, and constant errors meant that they gained little rhythm during the first forty minutes. Anthony Watson’s try was his side’s shining light; however, for a man of his calibre, it really was a walk in the park! Thankfully, in the second half, we saw a number of our Saxons open up; Sam Dickinson carried strongly from the moment that he stepped onto the pitch; Eliot Daly looked lively throughout and Sales’ Rob Miller certainly made an impact at full back.

Looking ahead to Friday night’s fixture against Scotland A, Jon Callard has made a number of changes to the starting XV – the electric Semesa Rokoduguni arrives onto one wing, whilst Leicester Tigers’ Adam Thompstone graces the other. In the centres Bath’s Kyle Eastmond is given the nod; the impressive Rob Miller starts at full back and Dan Robson debuts at scrum half. In the forwards, Dave Ward, Scott Wilson, Elliott Stooke and Sam Dickinson all make their first starts and each one of them will be vital to counteract what is a strong and powerful Scotland squad.

On the whole the match against the Wolfhounds wasn’t the greatest game of rugby ever played. However, it will have taught this young group of England Saxons a lot; which they will be all the better for. England have more strength in depth now than ever before and one mediocre performance certainly isn’t the end of the world. Individuals are still as talented as they were last week and having spent another week training together some of the key components that were lacking – like cohesion and understanding – should have already improved.

Expect sparks to fly at Scotsun on Friday Night as the Saxons arrive in town with a point to prove!

Fixture between England A and Scotland A called off

Lewis Ludlow to captain England A against Scotland A side