Gregor gearing up for Ibrox outing 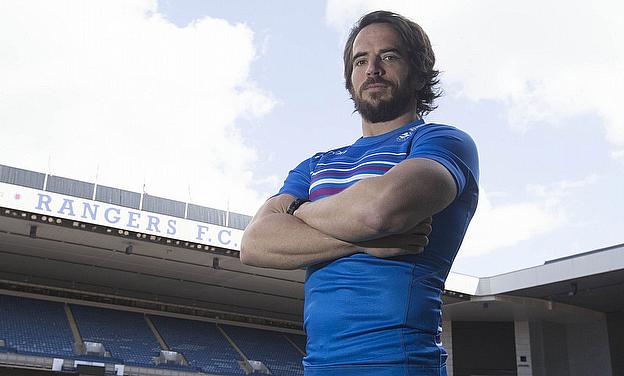 Scotland sevens skipper Colin Gregor cannot wait to run out in front of a packed-out Ibrox during Glasgow 2014.

The 33-year-old is eager to sample the unique atmosphere of a home Commonwealth Games when the sevens action gets under way on July 26.

But he a dmits the problem facing the hosts is that so will their opponents.

Scotland will take on world champions New Zealand - who have won the gold medal on each of the four occasions the sport has featured at the Games - Canada and Barbados.

But Gregor does not expect any of their Pool A rivals to be daunted by the 50,000 crowd at Ibrox.

He told Press Association Sport: "We will be buoyed by that crowd but New Zealand and Canada are experienced sides and have been around the world to play in some big stadiums before.

"I'm not sure they will be intimidated but it will still definitely provide a boost to us."

The Scots have already tasted a small sample of the type of backing they can expect to receive after hosting the Glasgow leg of the World Series at Scotstoun in May.

They were cheered on to a fourth-place finish - their best result of the season - by the passionate local support and Gregor hopes to go at least one better come Glasgow 2014.

He said: "It's always great playing in front of a home crowd. On the World Series, we only get that once a year.

"We raised our game at Scotstoun and it was no coincidence that we were playing at home that weekend.

"It definitely helps and with Ibrox being such a huge stadium, the crowd will make a big difference to us.

"As every day passes, the excitement builds and it becomes more and more real. We've had the Games in Glasgow in the back of our minds for a couple of years now.

"Now all our tournaments are done and it is full steam ahead to Ibrox at the end of July."

Only a 17-10 defeat to Fiji in the bronze-medal match denied the Scots a prize at Scotstoun.

The team were boosted on that occasion by full Dark Blues internationals Richie Vernon and Nick de Luca as they swapped the 15-a-side game for the shorter format.

Vernon will return for the Games, while coach Stevie Gemmell has borrowed another pair of flying backs - Tommy Seymour and Sean Lamont - from Vern Cotter's main squad in a bid to make the hosts medal contenders.

He said: "Tommy and Sean are quality rugby players first and foremost.

"Our head coach Stevie Gemmell has put together a squad he believes is capable of winning a medal.

"On the sevens circuit, it's the physicality side that we struggle with.

"But we've now got guys like Tommy Seymour, Sean Lamont and Richie Vernon - all big, physical guys. So areas which were a weakness for us in the past may now be a strength."