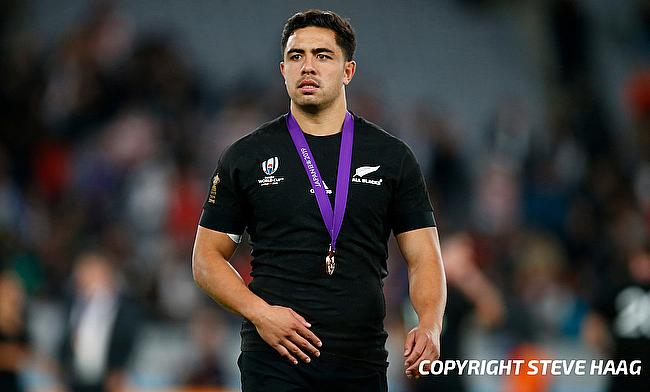 Bryn Gatland scored the decisive drop goal in the closing stage as Highlanders edged out Chiefs 28-27 in the Super Rugby Aotearoa opening game against Chiefs at Forsyth Barr Stadium.

This is the first competitive rugby game taking place since the pandemic coronavirus disrupted the sport in the ongoing season.

Gatland was a late inclusion in the matchday squad following to injury to Josh Ioane due to which Mitch Hunt was handed the kicking responsibility and Vili Koroi was named at fullback.

Mitch Hunt scored the opening point of the competition with a third minute penalty goal but Damian McKenzie with two three-pointers of his own to put the visitors in a 3-6 lead.

The opening try came in the 16th minute when Ash Dixon crossed over at the back of a driving maul. Hunt missed the conversion but ensured he added in his side's second try that came from Sio Tomkinson at the start of the second quarter.

Chiefs managed to cut down the deficit when right wing Sean Wainui touched down in the 27th minute while McKenzie followed with the conversion and a penalty making it 22-16.

Despite being down to 14-men for most part of the final 10 minutes of the first half with Vilimoni Koroi's sin bin in the 33rd minute for a tip tackle, the hosts scored their third try through Marino Mikaele Tu'u as the first half completed with a 22-16 scoreline.

McKenzie gave Chiefs hope with a penalty kick at the start of the second half but Highlanders maintained their lead with Hunt responding back in the 60th minute. Highlanders soon suffered another setback in the game when Nareki was sent to sin-bin for tackling McKenzie in the air but Chiefs failed to make most of the numerical advantage until Anton Lienert-Brown crossed over for an unconverted try in the 72nd minute making it 25-24.

McKenzie missed the conversion but still managed to get Chiefs into the lead with a drop goal in the 78th minute and just when the visitors thought they had the game, Gatland spoiled their celebration with a drop goal of his own in the 79th minute to get Highlanders off to a winning start.

Highlanders will have a bye next week while Chiefs will host Blues in Hamilton in the second round on 20th June.