No pressure on us – Henry 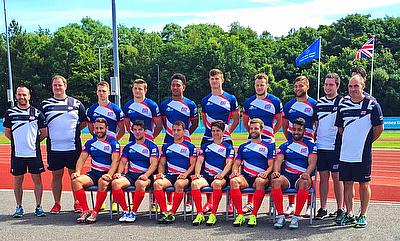 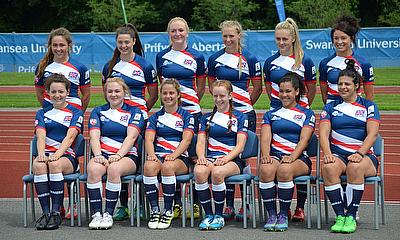 Great Britain’s Zack Henry has admitted that he and his fellow team-mates are not feeling any pressure heading into the World University Rugby Sevens Championship.

GB are the current defending champions and are going in search of a hat-trick of titles when the tournament gets underway tomorrow in Swansea.

"We don’t feel any pressure at all,” Henry told Talking Rugby Union.

“A lot of talk has been about not focusing on the gold medal or the end result. We are just taking it game by game and focusing on us.

“Of course there is a certain expectation on us, but we aren’t focused on that. There is no point thinking about what might happen because we would get distracted.”

The 2016 competition will welcome 19 rugby sevens teams – nine male and 10 female – from 14 nations, to the second largest city in Wales for three full days of rugby sevens.

The championships were first played in China in 2004 and Great Britain’s Men’s squad have enjoyed success recently with tournament wins in France four years ago again and in Brazil in 2014.

This year, Great Britain have been drawn into Pool A with Australia and Italy alongside Namibia and the Czech Republic – who are Team GB’s opening opponents.

Elsewhere, France will face Argentina, Kenya, Spain and Malaysia in Pool B.

“For us, we think every game is going to be tough. We know each team across the competition will bring a degree of ability, but again, we are not focusing on that at all,” Henry said.

“In training we have been focusing on our own processes and what we do well. We are feeling positive and we have really come together as a team. It’s now about how we play and if we keep thinking like this, then we can hopefully gain some success in this competition.

“We’ve been working hard and all thoughts are now on the first game against the Czech Republic. We now can’t wait to get out there and pull on the GB shirt.”

Great Britain’s women’s team will be itching to repeat their title success in 2012 after Canada reigned supreme in Brazil two years ago. GB avoid the holders in the pool stages, but are up against New Zealand and France with their first game of the competition coming against Italy.

In Canada’s pool, they take on Australia, Spain, China and Portugal. The Canadian’s have won the tournament an unprecedented three times and have current stars Pamphinette Buisa, Ashley Gordon and Nakisa Levale in their side.

The tournament falls under FISU (the International University Sports Federation), and is one of 33 championships held across 2016. On alternative years, World University Games (Summer Universiade) are held – events that are considered second to only the Olympic Games.

The Swansea University International Sports Village has high class facilities and boasts an international reputation having being used by Canada, Fiji and New Zealand as well being a team training base during the Rugby World Cup 2015.

In turn, the World University Championship has been a hotbed for future top level players. Current England and Wales sevens captains and Great Britain Rio 2016 hopefuls, Tom Mitchell and Luke Treharne played in this tournament in 2012 while high-profile women’s players including Spain’s Berta Garcia, England’s Emily Scarratt, and Canada’s Bianca Farella have all led their countries to victory on this stage.

Swansea University have strived to turn this year’s event into a sevens festival spectacular and will feature a School’s Day on Thursday, giving 300 pupils and staff from local schools a chance to see world quality skills in action.

Follow our coverage on our site and via Twitter @TalkRugbyUnion. Also, all matches will be live streamed via www.youtube.com/FISUTV