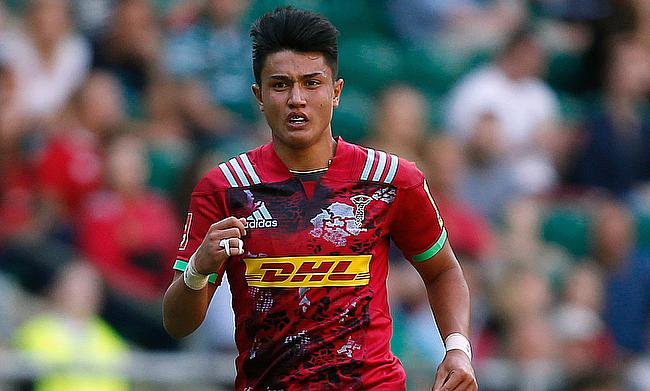 Harlequins have climbed to the sixth place in the ongoing Gallagher Premiership after they went on to beat Wasps 22-28 at Ricoh Arena on Saturday.

Jacob Umaga started the proceedings with a sixth minute penalty goal and they further extended the lead with back to back tries from Jack Willis (12') and Zach Kibirige (18') with the fly-half also slotting the extras on both the occasions to make it 17-0.

The Quins though pulled things back in the second quarter with James Chisholm and Kyle Sinckler dotting down and with Marcus Smith improving both of it reducing the deficit to three points at the end of the first half.

Paul Gustard's men extended their momentum into the second half with a converted try from Smith in the 51st minute and Elia Elia also crossed the whitewash as the visitors claimed the much-needed bonus point but Thomas Young's try in the 70th minute kept Wasps in the hunt.

The home side had a chance when Harlequins were reduced to 14-men for the last five minutes with Joe Marler's yellow card but Wasps failed to use of the numerical advantage as they succumbed to a six-point defeat.

"In the first quarter we were extremely poor as we regularly lost possession and dropped off tackles to concede 17 soft points," said Harlequins director of rugby Paul Gustard.

"For the next 40 minutes, it was one-way traffic as our set-piece was on top throughout but then the final eight or nine minutes saw us nearly manage to grab defeat from the jaws of victory.

"I thought our back row were excellent as last week at Ulster we were bullied, and Marcus Smith kicked well to give us field position. To come away with a bonus-point win is a good leg up for the team."