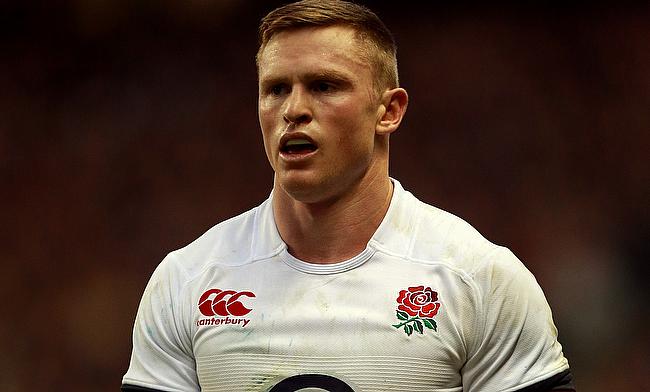 Sale Sharks managed to hold off Northampton Saints as they sealed a 22-10 victory in the sixth round of the Gallagher Premiership at AJ Bell Stadium on Saturday.

This is Sale Sharks' third win from six games as they rise to the fourth place in the table while Northampton with the defeat are at second place.

Robert du Preez got Sale Sharks off the mark with a fourth minute penalty goal and Chris Ashton followed the suit with a 11th minute touchdown to take them to a 10-0 lead.

The lead was though short lived as Lewis Ludlam led Northampton's response with a 25th minute touchdown and Dan Biggar kicked a conversion and a penalty on either side as the teams finished the first half level at 10-10.

The teams kick-started the second half with all three results possible but it was Steve Diamond's men, who seized on the momentum with tries from Rohan Janse van Rensburg (45') and Akker van der Merwe (49') to take their lead to 12 points which proved enough as they held on to their defence.

“I’m very pleased. I think if we had kept hold of the ball in some other circumstances, we probably could have got a little bit more out of it," said Sale Sharks director of rugby Steve Diamond.

“Against a side that have been playing well all season and scored more tries than anybody, I think we managed to look after them in defence quite well.

“We know they’re good in the first two or three phases and they scored that first try. We just missed a one-on-one tackle but apart from that I think we handled them quite well.

“I told them to keep our discipline high. We were poor in that today and our turnovers second-half were poor. We had opportunities to maybe score other tries and we didn’t take them."