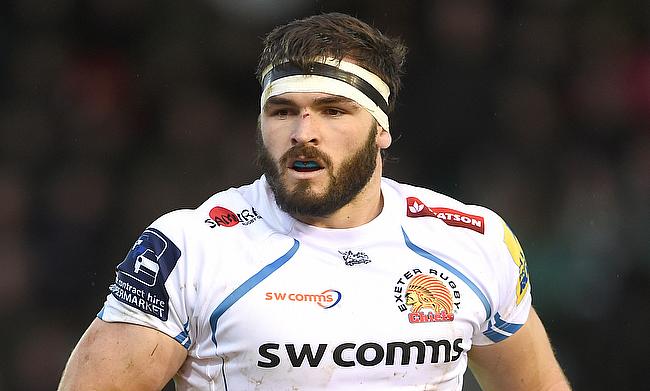 Don Armand scored a double as Exeter Chiefs came from behind to beat Leicester Tigers 22-31 at Welford Road on Saturday.

The win is Exeter's fourth in six games in the ongoing Gallagher Premiership as they rise to the top place in the table while Leicester are languishing at the 11th place after suffering their fifth defeat.

Jannes Kirsten kick started the proceedings with a sixth minute try for Exeter and Gareth Steenson kicked the conversion to make it 0-7 but Leicester dominated the remainder of the first quarter with Jonny May (8' and 20') touching down in between which Jordan Taufua also crossed over making the scoreline 19-7.

Armand ensured Exeter were still in contention with the first of his two tries in the 28th minute bringing the gap down to five points before George Ford's penalty at the stroke of half-time ensured the teams finished the first half with a 22-14 scoreline.

As Leicester failed to score a point in the second half, Exeter were quick to get off the block after the break with his maiden penaltt goal in the game to reduce the gap to five points while Armand's second in the 61st minute followed by Jonny Hill's crossover three minutes later to complete a nine-point victory for Rob Baxter's men.

“Leicester have a lot of good players. We looked at each other as a coaching group and said: ‘Is this the day they are clicking?’

“You think: ‘This is it. We’ve bumped into them on the day they are going to pull it together’.

“That’s why we did exceptionally well to stay together. We looked a million dollars in that second half.

"We got Leicester in a bit of a stranglehold in the last 15 minutes that we didn't look like we were ever going to relinquish."