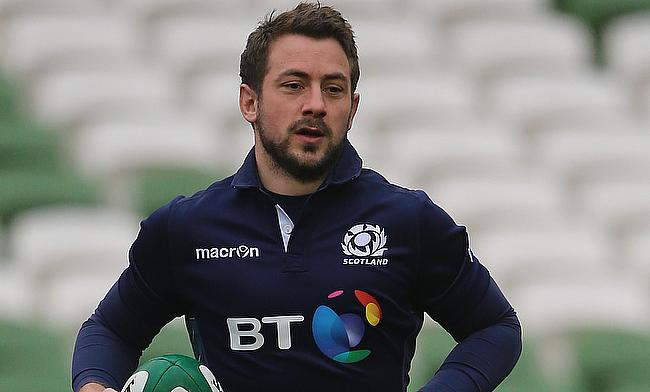 Price and Horne must 'step-up' to fill Laidlaw void - Rory Lawson
Greig Laidlaw retires, but there should be no emergency at scrum-half for Scotland

Former Scotland international Greig Laidlaw is confident that the Dark Blues can win the Six Nations in the "next two or three years".

Scotland last won the tournament in 1999 when it was known the Five Nations but haven't managed to clinch the title since 2000 when Italy joined the competition.

Laidlaw has played 76 Tests for Scotland since his debut in 2010 and has amassed 714 points. He went on to become the captain of the side in 2013 and represented them in the 2015 and 2019 World Cup editions before announcing retirement from international rugby last year.

“Scotland can win the Six Nations in the next two or three years, in my opinion. It’s the old thing with Scotland – don’t get too far ahead of ourselves.

“If we win one game that’s fine, but park it and move on to the next one. When we had that good win over Ireland at Murrayfield in 2017 under Vern Cotter, we went to Paris the next week and put in a poor collective performance as a team.

“It was almost like, ‘Well, we’ve beaten Ireland so we’re going to be all right this year’. There are no easy games.

“Scotland have got the players to do it and I’m certainly excited. You’ve still got Stuart Hogg, hopefully Finn Russell can come back into the fold and you’ve got Adam Hastings as well who has done well in the Six Nations.

"Jamie Ritchie and these other young forwards have plenty of energy to come through and put Scotland in a good spot.”