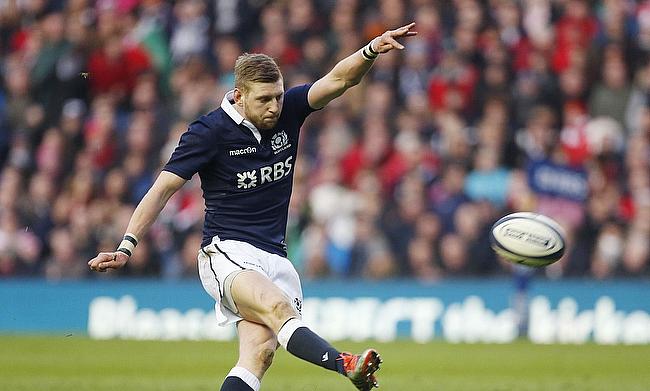 Scotland head coach Gregor Townsend stated that he would reassess fly-half Finn Russell's involvement in the ongoing Six Nations tournament ahead of the third round clash against Italy.

Russell, who has played 49 Tests for the Dark Blues scoring 144 points was left out of the squad for the first two games against Ireland and England for an alleged late-night drinking session in the team hotel.

Earlier, Scotland defence coach Steve Tandy said Townsend had a conversation with Russell last week and the 46-year-old revealed that his message was conveyed to the Racing 92 playmaker.

"I spoke to [Russell] on Sunday night to let him know we wouldn't be making any changes to the squad and that I would reassess after this weekend's game," Townsend said.

"It was a conversation. It was to tell him he wasn't in the squad for this week and we would look at things next week."

Earlier during last year's Six Nations 38-38 draw against England, Scotland were trailing 31-7 during the first half but made a remarkable second half comeback scoring 31 points and Russell said argument with Townsend helped the side in the turnaround.

"I actually had an argument with Gregor [at half-time]," Russell told ITV after the game.

"I said to him 'you're telling us to kick and when we kick, they just run it back and cut us open, and when we run it, they're just hitting us behind the gain line and winning the ball back'.

Scotland currently are at the fifth place in the Six Nations table following their 19-12 defeat to Ireland in the opening game and will face England at Murrayfield on Saturday,