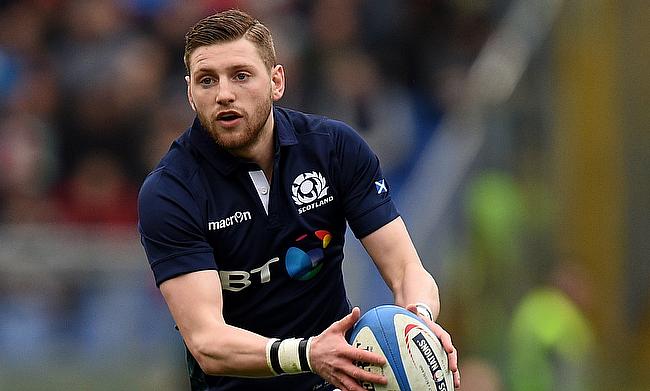 Stuart Hogg to lead Scotland in Six Nations 2020
Former Scotland international Johnnie Beattie announces retirement
Greig Laidlaw retires, but there should be no emergency at scrum-half for Scotland

Scotland will miss the services of fly-half Finn Russell in the opening game of the Six Nations tournament against Ireland at Aviva Stadium in Dublin following "a breach of team protocol".

According to the report that broke out in the BBC, the Racing 92 star could even go on to miss the entire tournament as the 27-year-old walked out of the team's training camp in Edinburgh.

The news was confirmed by a statement released by the Scottish Rugby Union.

"Stand-off Finn Russell will play no further part in preparations for Scotland’s Six Nations opener against Ireland, having been disciplined for a breach of team protocol during the week’s camp in Edinburgh. He has returned to his club," read the statement.

Earlier during last year's Six Nations 38-38 draw against England, Scotland were trailing 31-7 during the first half but made a remarkable second half comeback scoring 31 points and Russell told the argument with Townsend helped them in the turnaround.

"I actually had an argument with Gregor [at half-time]," Russell told ITV after the game.

"I said to him 'you're telling us to kick and when we kick, they just run it back and cut us open, and when we run it, they're just hitting us behind the gain line and winning the ball back'.

Russell had already played under Townsend when the latter was in charge of Glasgow Warriors before taking over the Scotland role.

Russell has played 49 Tests for Scotland since his debut for the Dark Blues in 2014 and has scored 144 points. He was also part of Scotland's World Cup campaigns in 2015 and 2019.