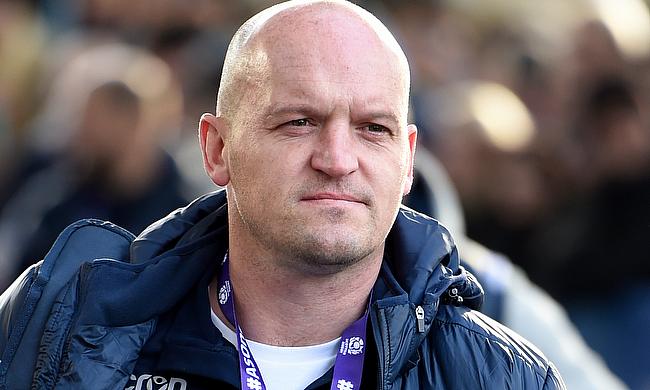 Scotland head coach Gregor Townsend has handed debut to Edinburgh number eight Nick Haining for the upcoming Six Nations clash against Ireland to be played at Aviva Stadium in Dublin on Saturday.

Haining will be part of the back-row that also comprises of Hamish Watson and Jamie Ritchie at flankers and Jonny Gray forming second row partnership Scott Cummings. Rory Sutherland will make his first appearance in the last three and a half years and will be accompanied by Zander Fagerson and Fraser Brown.

The absence of Finn Russell will see Adam Hastings taking the kicking responsibility while scrum-half Ali Price. Stuart Hogg, who has been assigned the captaincy on a permanent basis has been slotted at fullback with Sean Maitland and Blair Kinghorn at wings and Sean Maitland and Huw Jones forming centre partnership.

“We have managed to cover a lot of work in the two weeks we’ve been together and we’ve been impressed with how our players have taken on information and bonded as a team," said Scotland head coach Gregor Townsend.

“Our goal is always to play to our potential. The challenge to do this starts on Saturday against Ireland.

“Playing to our potential starts with our collective mindset. That means being alert, focussed and resilient right from the beginning, to be ready for the physical battle that lies ahead and able to stay in the fight throughout the 80 minutes.

“We must be a relentless collective on the pitch and a nightmare for the Irish to deal with, while having the ability and awareness to impose our game at that intensity.”

The two teams have neck to neck battle in their head to head record with Scotland winning 67 games and Ireland emerging victorious 64 times while five finished in a draw.