Gregor Townsend hopeful of signing off on a high with Glasgow 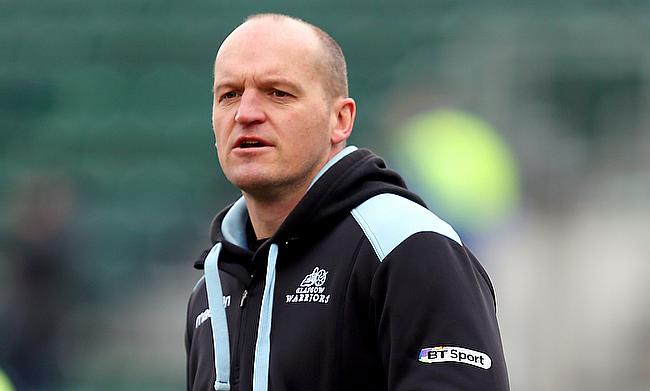 Glasgow Warriors head coach Gregor Townsend expressed his desire to finish his current stint with the Pro12 club on a high.

Townsend has been appointed by the Scottish Rugby Union as the new head coach of the national team and will take in charge in his new role from June 2017 replacing Vern Cotter.

Admitting it is a great honour to work with the national team, the 43-year-old made his intentions clear that his immediate focus will be on achieving success for Glasgow in the upcoming season.

"Incredibly proud, incredibly fortunate and grateful for the opportunity.

"I have had a great time as coach of Glasgow Warriors and I'm really grateful for the opportunity I had over four years ago to become the coach here.

"It will be a great honour but of course it's next season and we have got a lot of work to do this season."

The former Scotland fly-half was appointed as the head coach of Glasgow in 2012 and in the 2014/15 season the Scotstoun based club went on to become the first Scottish side to clinch the Pro12 title.

Townsend also expressed his gratitude to the SRU for the opportunity and also the coaching staffs and players in Glasgow for the extended support handed over to him.

"Also the people who have enabled me to get this job next season, who are the players first and foremost. They are the ones that play the games, that do the hard training, that win games.

"The support staff here, on and off the field, but especially the coaching staff, make my job so much easier and so I'm very grateful for everyone around the club.

"And also the supporters. They have been really supportive of the team. It's been brilliant coaching this team and seeing how well it connects with the supporters. We have had lots of special nights and days here at Scotstoun and I'm looking forward to a few more next season."

Admitting he was disappointed with the play-offs defeat to Connacht in the 2015/16 season, Townsend revealed that the players are determined to go all the way in the upcoming season.

"Every year we want to be better and we want to push the players forward so they can reach their potential, but there's something building towards this season.

"I feel that we didn't do ourselves justice right at the end of last season. We now have our players from the beginning of the season. They are really determined. A lot of them were really emotional and down after that semi-final against Connacht and some of our players had only experienced finals.

"To get that determination and put it in our pre-season work and look at the areas we need to improve to win these big games this season, it's been a great process so far.

"We've got some ambitions we have not fulfilled yet, especially in Europe."