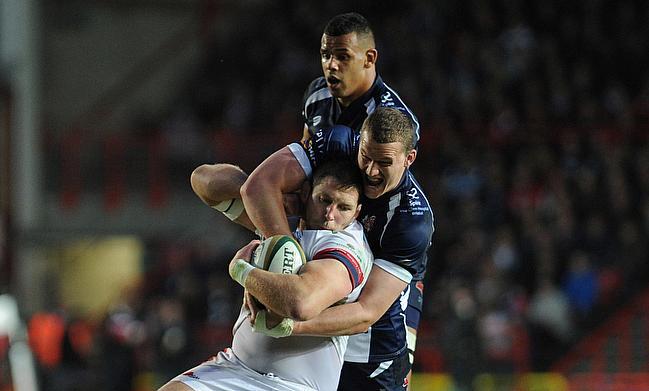 Two rounds of action have flown in the Greene King IPA Championship and TRU contributor Connor Hickinbottom takes a look ahead to this weekend's fixtures.

Nottingham play host to London Scottish on Saturday as both sides go in search of their first victory of the season.

The hosts have endured a difficult start to the season; suffering a narrow defeat to Bedford Blues on the opening day of the campaign followed by an eight-try destruction by London Irish. They sit bottom of the table after amassing a solitary losing bonus point in their game against Bedford.

It has been a similar story for their opponents. The Exiles have fallen short by five-points in both of their opening games against two local rivals in Richmond and then Ealing Trailfinders.

However, Scottish have been unlucky in both of their games. They have played some fantastic rugby, but have ultimately been unable to secure the victory and have had to settle for two losing bonus points and a try bonus point.

It is difficult to judge Nottingham so far. It has been an extremely hard start to the season for the Green & Whites and they will be hoping this Saturday’s game against Scottish will be the start of their season.

Unfortunately for the hosts, Scottish will be hoping for the exact same. It will be an intriguing game with both sides more than capable of taking the victory.

Cornish Pirates have made a dominant start to the season and currently sit top of the table and they will hope this form continues when they travel up to Hartpury College.

The Pirates have notched two bonus-point victories, against Doncaster Knights and Coventry, to secure first place and sit a point ahead of favourites London Irish.

New and incoming @Hartpury students are reminded that they get free access to all @HartpuryRFC home games. What better place to start than this weekend, when the Red & Blacks are at home to current league leaders, @CornishPirates1? Come along and make some noise! ???? pic.twitter.com/vRvoiavs23

They will be in for a stern test on Saturday afternoon as their hosts, Hartpury College, have performed valiantly in their games against Yorkshire Carnegie and Doncaster Knights.

Hartpury could not complete the Yorkshire double following a hard-fought victory over Carnegie in their opening game as they were beaten by the Knights in a thrilling encounter at Castle Park.

Hartpury do look like they are settling into their second season in the Championship, but hosting the Pirates is not an easy task, even for the more established sides in the league.

The Championship newcomers, Coventry, will be hoping to bounce back from their first defeat when they host Bedford Blues this weekend.

Coventry could not see off the challenge of top-dogs Cornish Pirates in their previous outing, losing 35-10

It was a successful beginning to the season for Coventry as they overcame the stern challenge of the Jersey Reds and it is that sort of form they must replicate if they want to be successful against the Blues.

The Blues have, like Coventry, narrowly defeated Jersey, albeit through a last-minute penalty try. However, unlike their hosts, they have been successful over both games, defeating Nottingham in their opening fixture.

The Blues showed last season that they are capable of some excellent rugby and they will be hoping to rediscover that form against a determined Coventry side.

Doncaster Knights travel down south to face Richmond as they look to build on an impressive display in their last outing.

The Knights rebounded after a disappointing 31-24 opening day defeat to the Cornish Pirates to beat Hartpury 28-17.

DKTV?? |Dual registered @joelmatavesi gave his thoughts on the Knights performance in the last two Championship matches and how he is enjoying life at Castle Park!????https://t.co/7KjtTU1QWs pic.twitter.com/HOtrXpKuZz

It was an outstanding performance from Donny, fighting back from a 17-6 half-time deficit to clinch a comfortable victory over Hartpury.

For Richmond, they will be hoping to avoid their second defeat to a Yorkshire-based side in a week. Their last outing was a disappointing 24-7 defeat to Yorkshire Carnegie. It was a dismal performance from Richmond who struggled to get through the Carnegie defence.

Richmond started the season with an impressive victory over their local rivals London Scottish. They will be hoping their return to the Athletic Ground will see them recapture their form, but they will be in for a tough challenge when they host the Knights.

Doncaster will also be looking to put on an impressive performance for their Director of Rugby, Clive Griffiths, who is recovering in hospital after a suspected heart-attack – we wish him all the best in his recovery.

The Trailfinders have had a far from ideal start to the season, losing their opening game of the season to London Irish and then subsequently sacking their coach, James Buckland.

Ealing responded to earn a narrow 36-31 victory over London Scottish, but this is far from the team that were touted to challenge London Irish for promotion this season.

Yorkshire Carnegie, like their opponents, made a poor start to the season. They struggled against Hartpury in the opening game season, losing 16-5.

A dominant performance last weekend against Richmond has put Yorkshire back on track. They will be hoping to put on a similar display in front of the Sky Sports cameras on Saturday afternoon and emulate their performances in the 2016/17 play-off semi-finals.