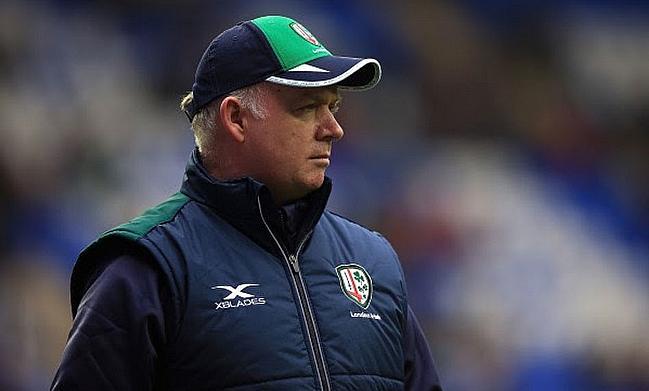 Ahead of this weekend's fixtures, Connor Hickinbottom takes a look back at the action from Round One of this year's GK IPA Championship.

Hartpury College secured the very first win of the 2018/19 Green King IPA Championship under the lights on Friday evening.

Eleven points from the point of the Red & Blacks fly half, Luke Cozens, proved to be the difference between the two sides.

Cozens, who returned to Hartpury after several years playing in France, notched a conversion and three penalties.

Yorkshire got off to the worst possible start, gifting the ball back to Hartpury inside their own half with an ill-timed pass and then allowing Matt Gilbert to stroll through their defence for a try within five minutes.

Hartpury increased their advantage further before the break as Cozens slotted his first penalty of the afternoon.

Another penalty straight after the break all but sealed Carnegie’s defeat as the visitors found themselves 13-0 down.

Carnegie threatened a fightback shortly after, debutant Dan Moor going over in the corner for Carnegie’s first, and only, points of the game.

Hartpury added another three points from the boot of Cozens to secure a hard-fought 16-5 victory.

It wasn’t the best of starts for this year’s newcomers as they found themselves 12-0 after just 15 minutes as two quick tries from Auguy Slowik and Nick Selway put the Reds in the driving seat.

The early pressure from the Reds might have quietened the crowd but it didn’t silence Coventry. A penalty from Will Maisey and a try from James Voss meant the hosts went into the break just two-points behind the Reds.

Back with a bang?? pic.twitter.com/byGJBxxHJx

There was still more drama to be had before the half was up as Coventry saw two-thirds of their back row sent to the sin bin as Latu Maka’afi and Jack Ram were both shown yellow cards.

The Reds had dominated much of the first half and started the second-half on the front foot, but unfortunately for the visitors this was short lived as Coventry took the lead for the very first game in the match through a David Halaifonua try on the 52nd minute, making the scores 14-12.

Coventry secured the victory with Maisey’s second penalty of the game, but Jersey did leave the Butts Park Arena with a losing bonus point thanks to Brett Herron’s last minute penalty.

Richmond secured the bragging rights at the Athletic Ground in a fiercely contested affair that went right to the death.

The always trusty boot of Rob Kirby got the game underway giving Richmond a 3-0 lead.

However, it was short lived for the hosts as Scottish scored through a brilliant individual try from Charlie Ingall. The winger received the ball just inside the Richmond half and, with four defenders to beat, put a delightful ball in the air which he collected and touched down.

A further two penalties from Kirby saw Richmond go into the break with a 9-5 lead.

Richmond, as they did in the first half, started the second period the brightest and grabbed their first try of the game just 10 minutes in. Powerful play from the Mond’ forwards drove the hosts towards the line and made it impossible for the Scottish defence to stop the onrushing Ronnie McLean-Dents from going over the whitewash.

Scottish were instantly back in the game through their own forward pack. The Exiles had a line-out just metres out and powered towards the line allowing scrum-half Grayson Hart to dart over to make it 16-12.

The battle of the forwards continued and it was once again an instant rebuttal. Richmond flexed their muscles close to their oppositions try line and Luc Jones spotted a gap at the back of the scrum to charge over.

Kirby added a fourth penalty of the day to extend the lead to twelve, but there was still time for the Exiles set up a grandstand finish.

After two disallowed tries, Scottish finally found a way over the whitewash. With the penalty advantage, a cross-field kick was put over to Rob Stevenson to touch down with just three minutes left to play.

Unfortunately, it wasn’t to be for Scottish as the game finished 24-19.

Ealing were not able to inflict an opening day defeat on London Irish as the Exiles ran away with the game in the second half.

The Trailfinders were the first on the scoresheet through James Cordy-Redden. The winger received an offload right under the posts and after an initial juggle, managed to touch down.

This was as good as it was going to get all game for the hosts who could only hold off the constant onslaught of the Exiles for so long.

It took Irish half an hour to get their first points of the evening as Dave Porecki found himself on the wing, uncharted territory for a hooker, to slide over to level the scores going into the half.

Fantastic to see so many of you here tonight, thank you for the incredible support ???? pic.twitter.com/4y7s0bu1B0

Irish dominated much of the second-half and even managed to shut out the Trailfinders for the final 40.

The visitors added two penalties through the boot of man of the match Stephen Myler to start the half.

London Irish’s class was starting to shine through and their second try showed this. Scrum-half Ben Meehen reacted quickest to the referee’s whistle, instantly taking a tap penalty to dart in unchallenged to secure the Exiles first victory back in the Championship.

Ealing not only lost their first game but also lost their coach as James Buckland left his position this week. They have yet to name a successor ahead of their next game.

The Pirates extended their exceptional record against Doncaster Knights in a tightly fought game at the Mennaye Field.

It was a blistering start to proceedings with six tries being scored in the first 40 minutes. Tom James grabbed the first of the game for the Knights and the scrum-half benefitted from several offloads to finish off a well worked try for Donny.

The Pirates responded within seconds as Sam Matavesi, who lined up against his brother Joel, powered over.

Cameron Cowell was causing all sorts of problems for the Pirates early on with his blistering pace and it wasn’t long before the fullback grabbed his first try of the game. Cowell reacted quickly to a chip over the top from Steve McColl to secure his maiden score for the Knights.

Unfortunately for the visitors, there was to be another quick response and it was that man Matavesi again who levelled the scores up.

The tug of war continued and once more, the Knights found themselves back in the lead. Fly-half Charlie Foley broke through the Pirates defence to set up his half-back partner for the try.

Another fantastic game of rugby at the Mennaye Field and a cracking opening day win for the boys! Credit to @DoncasterKnight who looked super lively throughout and best of luck for the season guys.

The hosts levelled the scores up once more before the half-time whistle. The new centre partnership of Callum Paterson and Rory Parata broke through the Knights defence with man of the match Paterson setting up Parata for the try.

The second-half picked up from where the first left off and if it wasn’t for the post and a forward pass the Knights would have potentially had a 10-point lead.

This Knights did add a penalty on the hour-mark, regaining the lead for the final time in the game.

The lead lasted just seven minutes before Tom Duncan grabbed the Pirates fourth and final try of the game. The number 8 powered over from close range to secure the try bonus point for the hosts.

The Pirates added a penalty before the end of the game to dismiss any hopes of a comeback for the Knights who had to settle for the losing bonus point.

Bedford Blues held off a valiant comeback from Nottingham to secure a first win of the season.

The Blues struck the first blow of the afternoon, mounting a quick counter attack to catch Nottingham off guard giving winger Ryan Hutler the opportunity to dot down for the first try.

Bedford added another three points through the boot of fly-half Will Hooley shortly after to build a 10-0 lead.

The visitors had begun to take control of proceedings but it was Nottingham who scored next. The Green & Whites made a claim for try of the week as Sean Scanlon and Billy Robinson teamed up to split the Blues defence with Scanlon dotting down for the try.

Hooley added another penalty before a quick attack yet again caught Nottingham by surprise. Centre Fraser Strachan going over the whitewash with Hooley yet again converting.

Ill-discipline was rife throughout much of the game and on the 38th minute the first yellow card was shown as Nottingham’s Llewelyn Jones was sent to the bin for foul play.

Bedford were unable to capitalise on this and allowed the Green & Whites back into the game as Darryl Veenendaal bundled over the line to bring the scores back to 20-14.

The Blues extended their lead to 27-14 with a second converted try from Hutler before two yellow cards within three minutes for the Blues set up a grandstand finish at the Bay.

It was all systems go for Nottingham as they looked to make the two-man advantage count, but unfortunately for the hosts, it wasn’t to be. They added a try in 92nd minute after an extended period of stoppage time to secure a losing bonus point but that was all they could muster up.