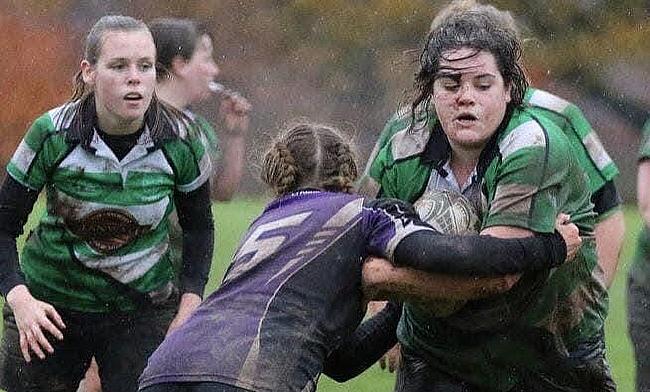 TRU’s Elizabeth Cartwright: What Rugby Means To Me
TRU Talks: Jessica Hayden on the Rugby World Cup postponement and more
Simon Middleton Exclusive: Moving Six Nations can create great momentum for the game
Supporting the LGBTQ+ community in rugby: “It is about building knowledge, listening and understanding”

On International Women’s Day, it is fitting to mark the recent efforts by the Stirling University Women’s rugby team, who have raised vital funds for charity whilst remembering their former teammate Eilidh McNab.

Anyone who is involved in the sport knows just how close the bonds are that you form with people who you play in the same school, college or university team with.

As a result, when 23-year-old McNab lost her life in an accident at Bracklinn Falls near Callander in August 2019, the other members of the Stirling University team - and wider club - were all heartbroken.

Those close to Eilidh helped each other through those tough early days following her passing and, as restrictions relating to the pandemic came into force, they decided they wanted to fundraise in her memory.

So during last month, they took part in a virtual relay race with the squad of 26 taking it in turns each day to run, cycle or walk five kilometres to raise money for the Killin Mountain Rescue Team.

To maximise their fundraising, President Emily Russell and Secretary Angharad Hopwood took part every single day in February and some others did two days to get them through the full month.

“I was close to Eilidh, but so was everyone in the team and I think that says everything you need to know about her. We saw her as the mum of the group and she looked after many of us on and off the pitch over the years.

In our latest club story, hear from @SUWRFC2015 who are running, walking and cycling in a virtual relay race in memory of their former team-mate, Eilidh McNab.https://t.co/RmG6Z7Pnpn

“As a rugby player, she was a tank! She was consistently one of the best players in our team week after week and she earned the MVP award in the last season she played with us.

“She never took a backwards step and she was a very unselfish player, always doing what was in the team’s best interests. She even played on once with what turned out to be a broken wrist because she didn’t want to let us down and she was the kind of player you wanted on your side rather than against you.

“Eilidh mainly played prop, but like all good front-rowers, she liked a stint at No.8 and also played on the wing - when she got ball in hand, she loved having a run!

“As well as playing for us, she also played club rugby for Grangemouth and Stirling County at times over the years and is held in high regard within those teams too.

“She was simply the best teammate and friend and we all miss her so much.”

In terms of the fundraiser - which has now raised over £2,600 - Hopwood said: “It started off as us wanting to do something to keep everybody active with no rugby for us to play at the minute.

“Killin Mountain Rescue is a charity that is close to home for the team. They were there to try and save Eilidh when she passed away.

“We came up with the idea of the virtual relay because it’s something that individually everybody was able to do on their own and we tried to make it as accessible as possible. It was great that so many of us were able to get involved.”

“Eilidh was a formidable player and a friend to everyone.”

Emma White, another former teammate of McNab’s, says her death “left an immeasurable hole in all of our lives.”

“Eilidh was a formidable player and a friend to everyone,” White continued. "She was a hero to me both on and off the pitch. She always had my back and looked out for me - as she did for all of us.

“I looked up to her as a player and person, and I continue to do so, her words of wisdom as important to me as ever. The memories I have, I cherish and the stories we all have are a source of comfort.

“Her legacy will continue to live on within the team for years to come. She lives on within all of our hearts and will forever be remembered and missed.

“The money raised speaks to both the amazing work of Killin Mountain Rescue and to how many people have been affected by Eilidh’s passing.

“Thank you to Killin Mountain Rescue for all your hard work and congratulations to every person that has taken part in the relay.”

“It was a pleasure to play alongside her”

Kirsty Martin, the club’s Welfare Officer, believes it is Eilidh’s supportive nature and kindness that her former teammates all miss the most.

“From my first year at uni, I knew I could go to her if I needed help with anything, she always strived to make the team better and it was a pleasure to play alongside her,” Martin said.

And team Captain Anya Foxworthy-Bowers added: “As captain, I couldn't be prouder of how hard everyone worked together during the fundraiser.

“I'm so happy to have seen everyone coming together as a team and work hard for such a wonderful cause in Eilidh's memory.”

You can still sponsor the Stirling University squad’s fundraising efforts by visiting this link https://bit.ly/2MULRqt