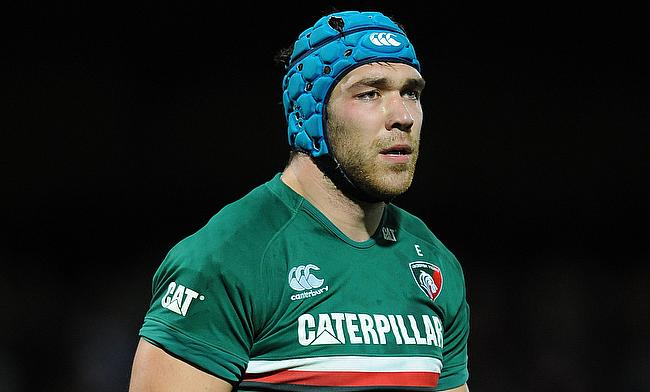 Worcester Warriors have confirmed that lock Graham Kitchener will rejoin the Gallagher Premiership club at the end of the ongoing season.

A product of Worcester Academy, Kitchener made his professional rugby debut with the Warriors in 2008 and played 72 appearances for the Sixways unit before he moved to Leicester Tigers in 2011.

On his maiden outing, the 29-year-old enjoyed Anglo-Welsh Cup success with the Tigers and was also part of the squad that clinched the Premiership title in the 2013/14 season when they defeated Saracens 24-20 in the final.

“I am really excited to be returning to the Club where it all started for me and a place I have very fond memories of.

“Warriors are enjoying a successful season with a European Challenge Cup quarter-final and a Premiership Rugby Cup semi-final to look forward to so the Club are clearly moving in the right direction.

“I am looking forward to seeing some new and old faces at Sixways and playing alongside my brother for the first time in my career.”

Kitchener was called up to England squad for the 2015 Six Nations when Stuart Lancaster was in charge of the side but did not feature in any Test but did captain the red rose team against Barbarians during the summer of 2014. The 6ft 6 in lock has also represented England Saxons and England U20 sides.

Warriors Director of Rugby Alan Solomons said: “It is fantastic news for the Club that Graham is returning to Sixways.

“It says a great deal for the direction in which the Club is heading for a player of Graham’s stature to decide that he wants to come home and be part of what we are building here.

“He is a top quality, experienced lock who’ll add huge value to the team and all of us here at Sixways look forward to seeing him run out in our colours next season.”