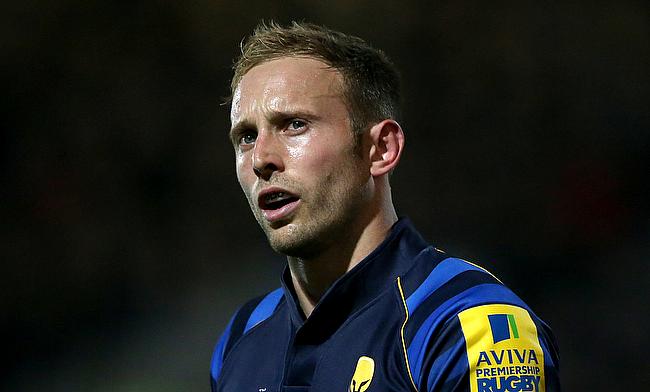 Chris Pennell was part of the winning side
©PA

Dean Hammond scored the decisive try in the added minutes as Worcester Warriors edged out Stade Francais 36-31 in their European Rugby Challenge Cup clash at Sixways on Saturday.

Worcester finished the group stage with 22 points as they sealed the top spot and now will face Premiership rivals Harlequins in the quarter-final while Stade Francais finished at the bottom with two wins from six matches.

Tom Howe (4') and Simon Kerrod (29') scored first half tries for the home side as they managed just 14 points but Stade Francais claimed a try bonus point in the first half itself with touchdowns from Ryan Chapuis (7'), Laurent Sempere (20'), Arthur Coville (24') and Jonathan Danty (38').

Jules Plisson also kicked all the four conversions as the teams headed into the break with a 14-28 scoreline.

However, the French side couldn't replicate their performance in the second half and lost momentum when Danty was yellow-carded in the 55th minute and Sam Lewis touched down in the 60th minute to reduce the arrears to nine points.

As the final 10 minutes kicked off, Ollie Lawrence (74') helped Worcester reduce the trail to two points but a penalty kick from Nicolas Sanchez increased Stade Francais' lead to five points.

With all three results possible, the game entered final five minutes and this is when Worcester sealed the game with a try from Tom Howe in the 78th minute helped them level the score following which Hammond scored the decisive try that took over over the winning line.